A new paper led by the University of Cape Town’s (UCT) Dr Jessica van der Wal shows that the “positive effects” of collaboration were stronger for women researchers than their men counterparts.

The paper “Collaboration enhances career progression in academic science, especially for female researchers” was published on 8 September in the Proceedings of the Royal Society B. Dr Van der Wal is part of the Honeyguide Research Project in UCT’s FitzPatrick Institute of African Ornithology. Her co-authors on the paper are fellow behavioural ecologists Dr Rose Thorogood of the University of Helsinki, and Dr Nicholas Horrocks of the University of Cambridge.

It was already known that scientists who collaborate more often, and with a wider diversity of researchers, have a better career trajectory. But the paper’s findings add a new depth to these dynamics, according to Van der Wal.

“Interestingly, the positive effects of collaboration were stronger for women researchers than their male counterparts,” she explained. “This is important as it suggests that efforts to promote collaboration could be particularly valuable for women researchers and might help in reducing the so-called ‘leaky pipeline’ that results in fewer women in senior positions in science.”

Van der Wal spoke with UCT News about the paper and its findings.

Jessica Van der Wal (JvdW): We looked at how collaboration behaviour was related to career progression in a cohort of behavioural ecologists (935 authors from 39 countries, 32% women, and more than 52 000 papers). We constructed co-authorship networks from subjects’ publication records listed on the academic database Scopus. Using “survival analysis” we tested how different aspects of subjects’ collaboration behaviour was correlated with their “success” in academic science. Being more collaborative (having larger, stronger and less clustered networks) enhanced career progression, especially for women.

HS: What were the main findings of your paper?JvdW: Publication number and patterns of collaboration differed significantly according to gender: women focal authors tended to have fewer co-authors, weaker networks, and less diverse groups of co-authors. Gender differences were also apparent in all measures of career progression: women published 50% less than men researchers, were 27% slower and 25% less likely to become PI [principal investigator] and had shorter careers (41% shorter). Being more collaborative enhanced career progression. More specifically, having more co-authors and collaborating frequently with diverse groups of co-authors meant that focal authors published for longer and were more likely and quicker to become PI. The effects were in some cases stronger for women, indicating that collaboration behaviour had especially positive effects on career progression for women focal authors.

“So, if you want a long career in academic science, it may be really beneficial that you collaborate in your early career.”

HS: Did any of the findings surprise you?

JvdW: Even when accounting for the number of papers, women who were more collaborative were more likely to persist in academic science, and these relationships were stronger than those that we detected in men. Also, collaboration behaviour established in a researcher’s first 10 years of publishing could be formative for their overall career length. So, if you want a long career in academic science, it may be really beneficial that you collaborate in your early career.

HS: How did the idea and rationale for this paper surface?

JvdW: There is this strong emphasis on needing to work collaboratively, encouraged by funding bodies and institutes. Collaborative papers tend to receive more citations and be discussed more widely on news and social media. We were curious to find out if collaboration had a positive impact on individuals’ careers. We took inspiration from the field of animal behaviour, where a popular research theme is testing how differences in social behaviour in animals affect their success and their survival. Being social improves food acquisition, social learning helps to acquire new skills, and social status enhances life span. We were curious to test if we could apply this to academics too.

“I have always been curious how this ‘social behaviour’ affects our careers.”

Academics vary greatly in how much they publish, but also with whom: there are those that collaborate far and wide, and those that are more focused and stick to a few familiar collaborators. We wanted to test what the consequences are of these different ways of collaborating for individual careers in ecology. Using this approach allowed us to take a cohort approach, following a group of researchers over time, thus allowing us to understand how collaboration might affect career progression at the level of the researcher. We also look at different aspects of collaboration (degree, strength, clustering coefficient), consider three measures of career progression (career length, likelihood and time to PI) and account for differences in productivity between men and women.

HS: Did your personal experiences shape the research topic?

JvdW: As an early-career researcher, you are told to publish, publish and publish! The competition for very few faculty positions has never been this intense. Looking around, it’s apparent that there are many ways of collaborating. It also seems to depend on the culture of the research group you are part of when you start publishing. I have always been curious how this ‘social behaviour’ affects our careers.

HS: Why is it that women are generally less collaborative?

JvdW: Women can have less confidence or self-esteem than male academics, which could affect propensity to collaborate and affect the securing of faculty positions. Family obligations may also fall more heavily on women researchers, limiting opportunities to travel and make new connections, as well as raising barriers to job mobility.

HS: Your own collaboration on this paper includes researchers from the UK and Finland. How did you come together for this paper?

JvdW: Ten years ago, I reached out to Dr Thorogood at the University of Cambridge, now Assistant Professor at the University of Helsinki, in my first attempt at collaboration at the start of my academic journey. She supervised my MSc thesis, which was looking at social networks in a New Zealand bird species. Before coming to UCT, we started working together again (on this paper), alongside Dr Horrocks from Cambridge.

“ I rely a lot on – and learn from – the expertise from other researchers, through the power of collaboration.”

HS: What does your own research involve and what has your own academic journey been?

JvdW: I am a behavioural ecologist, currently a postdoctoral researcher at the FitzPatrick Institute of African Ornithology at UCT, where I study the cooperation between human ‘honey-hunters’ and honeyguide birds in Africa. This is a unique collaboration between humans and wild animals to access the content of bees’ nests. I employ an interdisciplinary approach to address my research questions, integrating ideas and methodologies from a variety of academic disciplines such as biology, anthropology, linguistics, as well as citizen science. I rely a lot on – and learn from – the expertise from other researchers, through the power of collaboration. I did my undergraduate and postgraduate studies in biology in the Netherlands (where I am from), and my PhD at the University of St Andrews in Scotland.

In 2020, together with a group of animal behaviour students and early-career researchers across the continent, I set up Animal Behaviour Community Africa. Our intention is to empower and boost the visibility of the research and early-career researchers in animal behaviour in Africa. We share relevant posts, with a vision to build bridges and improve connections between individuals and research entities within Africa and around the world. We have already successfully helped several researchers looking for collaborators on specific topics in Africa.

JvdW: I think African researchers overall might naturally come across less opportunities to collaborate, as funding obstacles make frequent travel to conferences a challenge, as do biases in access to information and resources. However, the pandemic has made it apparent that collaboration does not require in-person contact, possibly making it more feasible to network and start new collaborations. We completed the whole paper working in three separate countries (South Africa, Finland, UK). 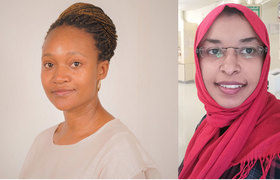 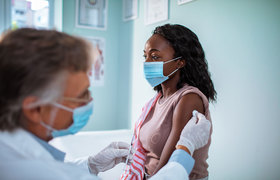