Two PhD candidates from the University of Cape Town (UCT) have been honoured for research excellence by the prestigious L’Oréal-UNESCO For Women in Science Sub-Saharan Africa programme. Doaa Ali and Tsaone Tamuhla are recipients of this year’s Young Talent Awards, along with 18 other talented young African women researchers.

The Women in Science Sub-Saharan Africa regional programme, a joint initiative by L’Oréal and the United Nations Educational, Scientific and Cultural Organization (UNESCO), was launched in 2010 to promote and encourage the participation of young African women in science.

Ali, a PhD candidate in UCT’s Department of Chemistry, is working on the development of new cancer treatments using groundbreaking synthesis methodology, which is based on garlic-like compounds. Garlic is well known as a medicinal plant that has been used in folk medicine since early times for its beneficial health effects, which include protection against cancer.

From 2017 to 2018 Sudanese-born Ali developed the new synthesis methodology for accessing specific chemical constituents in garlic. Her research was published in the prestigious Journal of Organic Chemistry in early 2019.

She and her colleagues have used this method, which is extremely fast – complete within a minute – to further develop an understanding of the design of superior and novel active anti-cancer agents.

“I am much more secure now in believing that I can go on from here and run an independent research group within the continent.”

On being named as a recipient, Ali said it was an “amazing moment”.

“That moment was literally filled with happiness and excitement. Once I had gained my balance again, I began thinking of my own journey and how this achievement might encourage other young African women to pursue a career in science, particularly those coming from a developing country such as mine in the Sudan,” she said.

She added that the award has given her “the confidence to dream about what might be possible in Africa, my beloved continent”.

“I am much more secure now in believing that I can go on from here and run an independent research group within the continent,” she said.

Tamuhla, who is working towards her PhD in computer and information science, has been recognised for her research on the emerging pandemic of type 2 diabetes in Africa.

Given that most research has focused on the role of lifestyle in the occurrence of the disease, the genetic factors in African populations are still poorly known. Tamuhla is responding to the gap in research by collecting clinical and genetic data.

“[The award] has empowered me to truly appreciate the importance of my research in the grand scheme of things.”

Her research project will demonstrate the power and utility of integrating routine healthcare data with genomic data to identify genetic drivers of disease in African populations.

As Africa makes advances in human genomics and moves towards precision medicine, Tamuhla believes the knowledge and skills she is gaining from her multidisciplinary PhD will place her in a position to conduct quality research that will not only add to the body of knowledge but influence health policy and patient care and ultimately improve patient outcomes.

“In research, we are often plagued by imposter syndrome, so being the recipient of an award that recognises academic and research excellence and exclusively seeks to elevate women in science has been a huge positive affirmation, which has empowered me to truly appreciate the importance of my research in the grand scheme of things,” said Tamuhla. 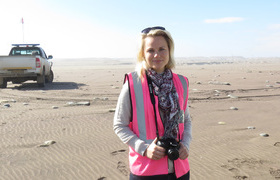 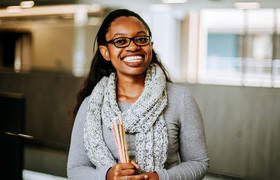 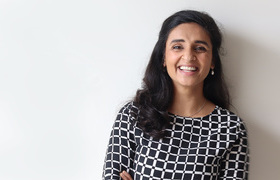 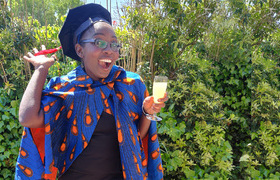