When South Africans ponder the history of Youth Day, 16 June 1976, the names of Hastings Ndlovu and Hector Pieterson come to mind, along with a plethora of heart-wrenching but iconic images. The teenagers were killed when apartheid police opened fire during a protest in Soweto. But they weren’t the only casualties. Scores of other brave young boys and girls were gunned down as they protested the imposition of a new rule enforcing Afrikaans as a medium of instruction at schools. The day signalled the start of youth-led uprisings across the country, drastically altering the socio-political landscape.

Retired University of Cape Town (UCT) Emeritus Professor Gavin Younge has vivid memories of the day. He wasn’t in Soweto; he was at UCT’s Hiddingh campus in Cape Town, at the Michaelis School of Fine Art.

“I remember police chasing learners from Trafalgar High School, down Government Avenue [in the Company’s Gardens]. Some took refuge in the Michaelis studios where I had been teaching for the past year,” said Professor Younge.

More than 100 children died at the hands of police in Soweto that day, and approximately 92 in Cape Town. And though the day went down in history as the ‘Soweto Uprising’, Younge said he believes that “was not entirely correct” and that Cape Town youth also played a pivotal role in the civil action.

“Schoolchildren throughout South Africa reacted with outrage to the lethal violence carried out against [their peers] protesting the imposition of this new rule,” he said.

At the time, Younge published what he refers to as the Rioters’ Digest. The calendar-type publication contained salacious illustrations and day-by-day events, and highlighted Cape Town youth’s involvement in the uprising. He said artist friends and colleagues at UCT provided input to this work. However, it was banned soon after publication.

But Younge continued his crusade. In 1977, he curated another project titled (In Brackets): By Gavin Younge: Know their names, in honour of the 92 youth who died in Cape Town following the 16 June 1976 events.

“I resolved to expose the South African government’s genocidal leanings to a wider audience.”

“Dissatisfied with the contemptuous ease with which the state banned Rioters’ Digest – making it an offence to even possess a copy – I resolved to expose the South African government’s genocidal leanings to a wider audience,” he said.

The poignant exhibition comprised 92 individual slates, each slate representing a child and the senseless loss of that child’s life. The slates included the name and age of each child, the date of death, and the method of their murder, written in chalk.

The exhibition went on display in 1977 at La Mamelle (later Art Com) in San Francisco, a non‑profit arts organisation (NPO) in California in the United States. Younge said this work aimed to showcase Cape Town artists’ dissatisfaction with police brutality, and was on display from 1977 till 1995 when the NPO closed its doors. 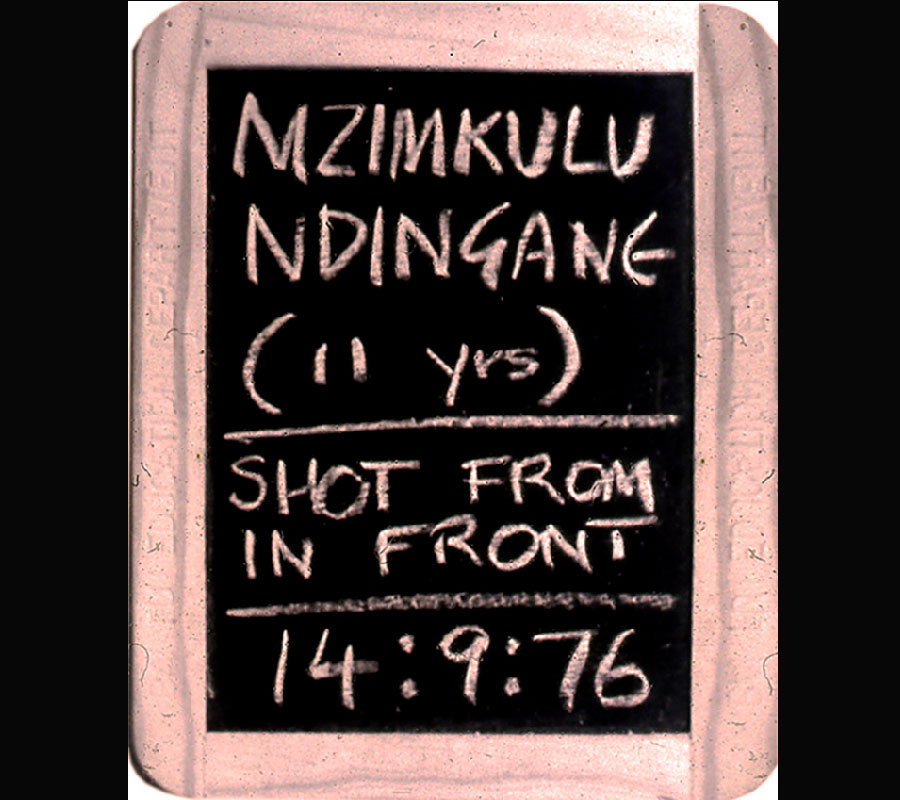 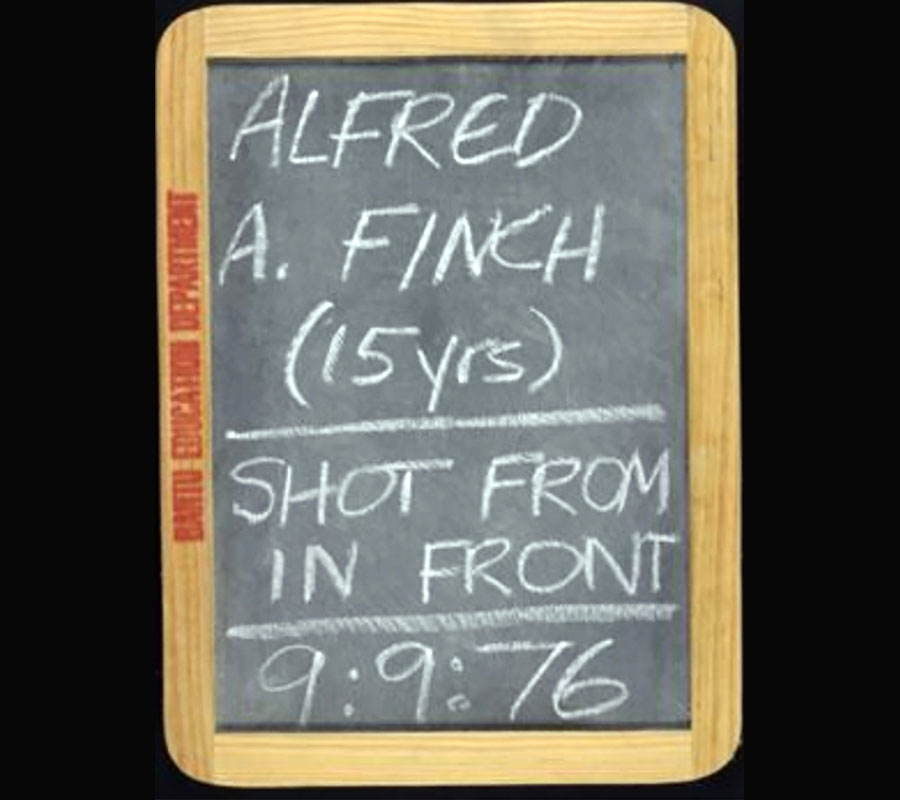 The slates included the name and age of each child, the date of death, and the method of their murder, written in chalk. Artwork Supplied.

In January 2021, the university’s Special Collections Libraries set the wheels in motion to celebrate Younge’s work, and published an exhibition website profiling the (In Brackets) exhibition. The Spotlight display provides an in-depth overview of the exhibit and its inception; it includes images of the slates and information about Younge, as well as details of a digital Wikidata project which seeks to ensure that the names of those killed during the uprising will never be forgotten.

“I’m thankful that the exhibition lives on, and that the sacrifice of the youth of Cape Town is out there for the world to see.”

“I am gratified by the sheer resourcefulness of Laura Wilsey and Glynn Edwards at Stanford University Libraries in California, for first locating and later reimagining the 92 slates on which I had chalked all these names and the date on which these young learners had been killed,” Younge said.

“I am thankful that it [the exhibition] lives on, and that the sacrifice of the youth of Cape Town is out there for the world to see.” 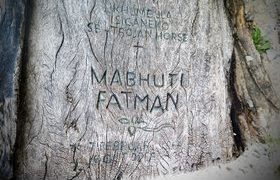 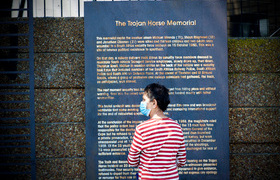 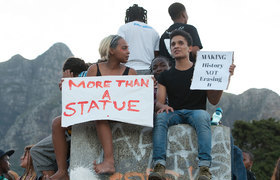