Dr Alberto Valenciano, a former researcher from the University of Cape Town (UCT), is the lead author on new research that has found the origin of some of the most emblematic groups of African carnivorous mammals: jackals.

Dr Valenciano was joined by an international group of researchers, including Dr Romala Govender  from UCT’s Department of Biological Sciences and Iziko Museums of South Africa.

Their research was recently published in the Zoological Journal of the Linnean Society. It describes a new species of canid (current family that includes foxes, wolves and jackals) named Eucyon khoikhoi, providing vital information about the origin of the group outside of North America, where the canidae family originated from more than 35 million years ago.

The name of the new species honours the heritage of the Khoikhoi (KhoeKhoen) people, who lived in the Western Cape, where this species was discovered.

“Eucyon khoikhoi marks a critical moment in the evolution of African jackals 5 million years ago, the moment when they began to diversify outside North America, becoming more diverse and common later in the Pleistocene era, until they culminated in the four living species on the African continent: the side-striped jackal (Schaeffia adusta), the black-backed jackal (Lupulella mesomelas), the African golden wolf (Canis lupaster) and the Ethiopian wolf (Canis simensis),” shared Valenciano, who is also a former researcher of Iziko Museums of South Africa and currently a postdoctoral palaeontologist of the Juan de la Cierva Programme at the University of Zaragoza in Spain.

Its morphological traits suggest a direct relationship with the side-striped jackal and confirms the presence of this group more than 5 million years ago.

“This study also has important implications for understanding the evolution of medium-large canids outside North America, and for fossils from the Iberian Peninsula, where the oldest canid was found outside of that continent – Canis cipio from 7.5 million years ago in the Spanish localities of Concud and Cerro de la Garita. Later, it appeared along with Eucyon debonisi in the Spanish locality of Venta del Moro and Eucyon intrepidus in East Africa (Kenya and Ethiopia) 6 million years ago,” said co-author Professor Jorge Morales from the National Museum of Natural Sciences in Spain.

The study involved researchers from the Iziko Museums of South Africa, UCT, and Spain’s University of Zaragoza, the National Museum of Natural Sciences and the Institute for Research in Environmental Sciences of Aragon. It was made possible thanks to fossils from the early Pliocene (5.2 million years ago) locality of Langebaanweg on the West Coast of South Africa.

These fossils include a well-preserved, nearly complete skull, several jaws, decidual teeth (also known as milk teeth), parts of the neck, forelegs and hindlegs. They represent the largest sample of canids in Africa to date beginning with its arrival on this continent 7 million years ago until 2.58 million years ago (beginning of the Pleistocene).

Future findings and discoveries will add new information on these extinct carnivores from the West Coast of South Africa.

“Langebaanweg continues to shed light on the evolution of various mammal groups in Africa and improves our knowledge of these various groups as they spread through Africa,” added Dr Govender. 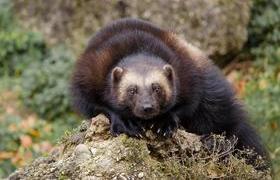 Research and innovation
Ghost in the wolverine lineage 21 Aug 2018 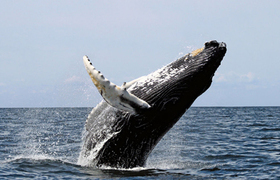 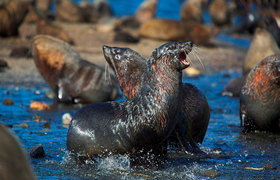