A spotlight on the work of Emeritus Associate Professor Una Kyriacos, previously of the University of Cape Town’s (UCT) Division of Nursing and Midwifery, in commemoration of International Nurses’ Day. Kyriacos is behind the development, validation and testing of the effectiveness of a vital signs monitoring tool: the Cape Town-modified early warning score (MEWS) vital signs chart. The chart, designed for adults, is intended for the early identification of deterioration in hospitalised adult patients in general wards.

In the public sector, nurses monitor three vital signs of adult patients in general wards: blood pressure (BP), heart rate (HR), and temperature. These are manually recorded on paper charts which do not indicate what the normal values for the vital signs should be – except for temperature.

Patients’ results are recorded by using symbols, dots and crosses, plotted on a graph, although no values are written on the chart. For HR and BP a small space accommodates 10 unlined gradations (for example, 60–70), so the symbol for a heart rate of 63 is inserted somewhere between these two numbers at the nurse’s discretion.

Without pre-knowledge or indication of the normal range of values for different patients, nurses may be less able to recognise when a patient’s condition deteriorates. There is also no formal guide that tells nurses at what HR and BP level they should call for assistance. This is generally the case in wards but not in the intensive care unit (ICU) where there are monitors and alarms.

The success of the pen-and-paper system of recording vital signs results depends on a nurse’s ability to recognise clinical deterioration from the chart and by observing the patient. And there are no guidelines for this on the pre-MEWS chart.

The new modified vital signs chart is a product of Kyriacos’s PhD. She, in association with Professor Sue Jordan of the Swansea University in Wales in the United Kingdom (UK), conducted the revision of the chart by clinical trial to improve its effectiveness.

The MEWS chart is a tool that provides a structured assessment of six bedside observations to assess the severity of patient illness. Its development was inspired by the UK’s National Early Warning Score. Through the tool’s improved detection system, patient safety is helped in three ways: by limiting emergency admission of ward patients to the ICU, preventing avoidable in-hospital cardiac arrest and reducing patient deaths.

“Examination of nursing documentation convinced me that the problem was the lack of an early warning system for the recognition of clinical deterioration and an algorithm for an appropriate response,” said Kyriacos.

Kyriacos, who has previously been acting head at the division, said that the existing observations chart has compromised nurses’ responses by resulting in no response at all, or a delayed response in calling for assistance – and “a delay can result in avoidable harm or death of a patient”.

She is the lead researcher on this work and has also been an expert nurse witness for local law courts for several years.

“In cases I’ve examined, nurses’ recordings of patients’ vital signs have at times been inadequate or infrequent and have indicated that they have not recognised physiological and clinical signs of deterioration in a patient’s condition,” she said.

Monitoring and recording vital signs, as well as a nurse’s ability to recognise deterioration in a patient’s condition are important for patient safety and survival. Fortunately, these are skills that can be improved through an early-warning score chart, training and experience.

The new chart is being implemented at the Karl Bremer Hospital in Cape Town, and Kyriacos has been invited to assist with training the hospital’s nurses.

“We are delighted that the chart has been approved for use by the Western Cape Department of Health,” she said.

“Three further public sector hospitals in the province have [also] shown interest in implementing the chart.” 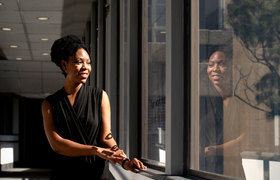