The systemic suffocation of black people

South Africa needs root work – wortelwerk – that must include cultivating historical awareness of where our inequalities originate, as well as cultivating the capacities to work creatively with that uncomfortable awareness.

This is the position of Dr Wilhelm Verwoerd, a senior researcher in Historical Trauma and Transformation at Stellenbosch University, an advocate for transformation and reconciliation, and the grandson of former apartheid prime minister Hendrik Verwoerd.

He was speaking during the webinar “White Privilege: A critical dialogue on racism and inequality in a time of COVID-19”, which was jointly hosted by UCT Social Responsiveness, the Office for Inclusivity & Change and the Social Justice Agency.

To address this, Verwoerd provided a two-pronged approach: first is unmasking the deep historical roots of whiteness, white privilege and the inequalities that have become so racialised in South Africa, including what he referred to as the “systemic suffocation” of black people. Second is cultivating the capacities of white South Africans to work creatively with that historical awareness.

“We need to sit with this reality of us standing systemically on the necks of fellow black South Africans and how that continued during apartheid.”

Delving into the religious roots of white supremacy and the unmasking of the brutality that accompanies whiteness, Verwoerd drew attention to an image of the Order of St Michael and St George. The order is one of the highest honours awarded by the British monarchy to diplomats and ambassadors for distinguished service. On the medal is the archangel Michael, who is depicted as white, with his feet on a black figure, representing the devil.

According to Verwoerd, this image, and the protest it has evoked from the Black Lives Matter (BLM) movement, provides South Africans with an international framing: St Michael’s feet on the black figure is reminiscent of what happened to George Floyd and many other black people.

“So it becomes this symbol and … what is so disturbing about this symbol is that it is cloaked in religious language,” he said.

The order is part of a European Christianity that has transformed angels, Jesus and God into white figures. And it has transformed people with darker skin into representations of what is seen as evil and bad. Verwoerd called this “hiding of history” astonishing, particularly because the order is still awarded today.

“It represents centuries of … the systemic suffocation of people with darker skin.”

“It represents centuries of, in many ways, the systemic suffocation of people with darker skin, of black South Africans, people across Africa and the world, through slavery, through colonialism, through those centuries of systemic brutality and dehumanisation,” he said.

“It’s a very disturbing sign of how we can hide from the brutality of that history.”

Applying the order’s image to the South African context, specifically to what was known as the Anglo–Boer wars (the South African wars), Verwoerd said that coming from a white Afrikaner background, the figure being oppressed would be a Boer woman or child. In both the images and the name itself, Verwoerd said the white Afrikaner was hiding the brutality of their history, just as the English had done.

“In our own history and in our own remembrance, we’ve hidden the impact of the Anglo–Boer War on black South Africans,” he said.

This includes hiding the socioeconomic impact, including that of the 1913 Natives Land Act where the 10% white minority was given 87% of the land, while the black majority was permitted just 13%, and the continuing racial discrimination and privileging that took place.

“We need to sit with this reality of us standing systemically on the necks of fellow black South Africans and how that continued during apartheid.”

Verwoerd also referenced Ronald Harrison’s artwork Black Christ, where Chief Albert Luthuli is depicted as Jesus on the cross, representing black South Africans who were crucified by the apartheid system. Verwoerd pointed out that since death by crucifixion results from suffocation, the connection could thus be made between Jesus’ crucifixion, the order, the likes of George Floyd and systemic suffocation.

“The length of that spear [represents] the systemic nature of the system,” he said.

Additionally, while Black Christ suggests explicit political violence, what is not visible in the crucifixion is the “slow violence of the systemic socioeconomic discrimination against fellow South Africans”. Importantly, the beneficiaries of the crucifixion were not included in the painting: young white South Africans and those who might not have supported the National Party, but who benefited in terms of access to land, the accumulation of wealth and a good education, among other things.

Verwoerd said grappling with this was necessary for a constructive conversation like BLM in South Africa, which cannot happen without facing these deep historical roots.

Having these conversations and confronting images such as those referenced by Verwoerd is part of the crucial work that must be done by white people. He referred to this as cultivating “white stamina” and the capacity to sit with discomfort and not become defensive when confronted with the realities of ongoing racialised inequalities.

“As white South Africans, I feel we have this responsibility to take a particular role of accepting our shared historical responsibility.”

This, he said, must be followed by the collective work of institutions, helping to cultivate that capacity. Verwoerd noted that this burden of education, raising awareness and facing truths must not be carried by “black South African colleagues and brothers and sisters”.

This “white work”, which draws on the teachings of Steve Biko, the Black Consciousness Movement, Fallist students and fellow black South Africans, must include white South Africans educating themselves, cultivating the capacity to move into uncomfortable spaces, forming relationships and support networks with like-minded people and then engaging in restitutional relationships across racial divides. And this, said Verwoerd, must be done over a long period; white South Africans must commit to a lifelong journey of grappling with these racialised legacies.

“As white South Africans, I feel we have this responsibility to take a particular role of accepting our shared historical responsibility and, together, to become part of a larger process of really changing those inequalities.” 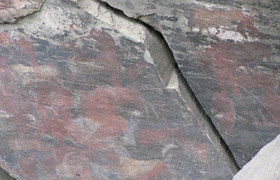