Inaugural oceanography symposium by and for students

At a recent symposium hosted by postgraduates from the Department of Oceanography at the University of Cape Town (UCT), students had the opportunity to showcase their research to their peers, locating their work in global conversations about climate, biodiversity, food production and environmental resource management.

The symposium, titled “Ocean Meets Sky: Oceanographic Research – A Global Perspective”, was hosted by the department on Wednesday, 4 March. It was the first oceanography departmental symposium at UCT.

February, who is pursuing her PhD in physical oceanography and Thoithi, whose MSc is in ocean and atmospheric science, are also members of the inaugural cohort of Ocean Womxn. The programme is supported by UCT’s Advancing Womxn Initiative, championed by the vice-chancellor (VC), Professor Mamokgethi Phakeng.

The organising committee said the aim of the symposium was to “showcase the exciting research and the breadth of the work currently being carried out by the students within the department”.

“[And] what was so special was that this was a symposium planned and organised by the students ─ for the students!”

Students and staff in attendance at the symposium heard from 14 speakers about their research on a range of oceanographic topics.

Members of the organising committee were among the list of speakers. February presented on the influence of the southeast wind on sea spray aerosols in False Bay; De Kock shared his work on large rainfall events during the extended summer winter rainfall; and Mahlalela presented her work on the interannual variability and trends in rainfall characteristics over the Eastern Cape region.

The rest of the research presented were: 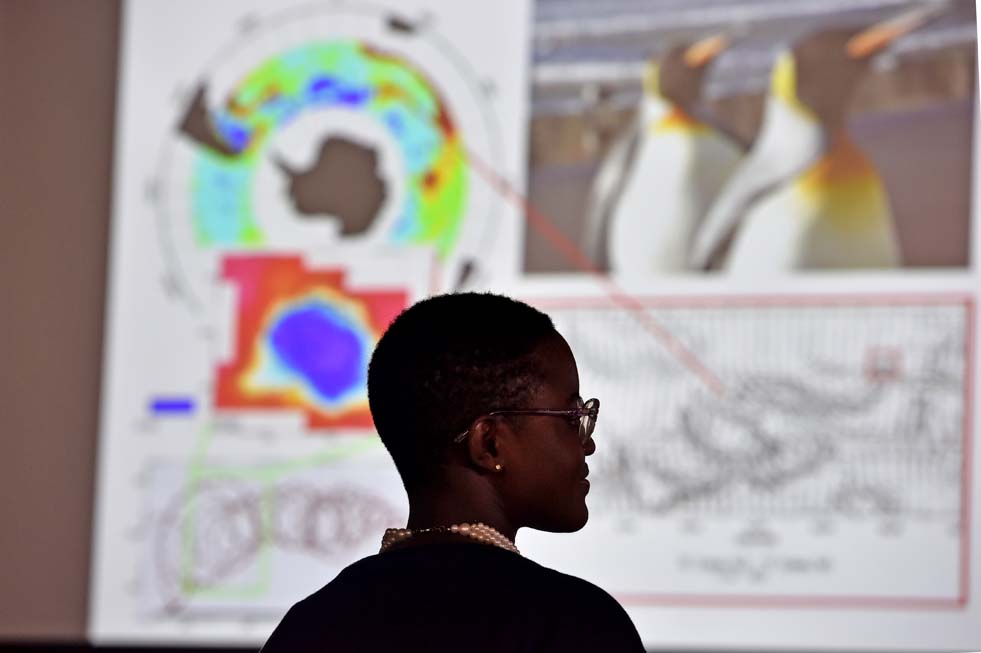 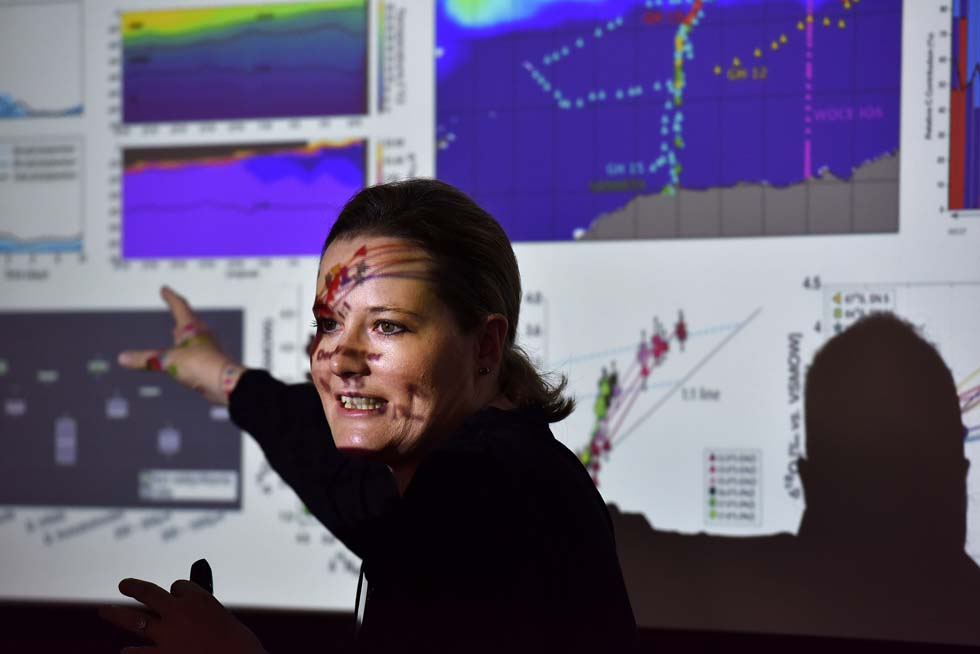 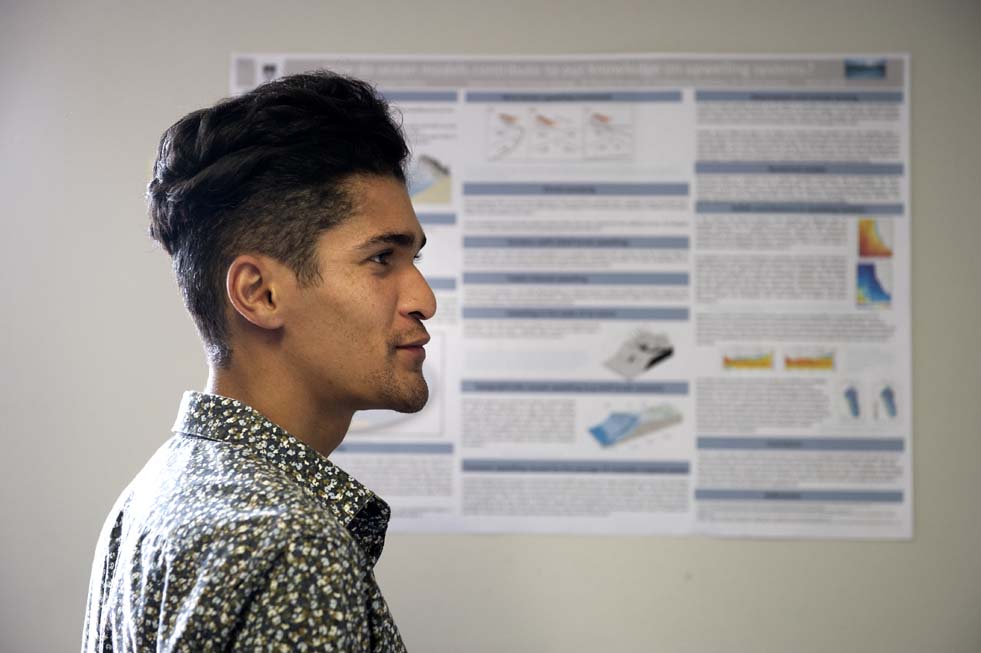 Fourteen PhD and MSc candidates presented their work to their peers at the symposium. There was also a poster-making competition.

Taking initiative and making the most of the opportunities that come one’s way formed some of the advice shared by the VC with the budding oceanographers.

The VC attended the symposium to deliver the opening address, focusing on the career advice she wished someone had given her earlier on her own journey.

“Opportunity is very interesting because in and of itself, it doesn’t produce anything. It is what you do with it that matters,” said the VC.

She added that the symposium presented students with many new opportunities and that it might be the start of a new career journey for them.

Professor Isabelle Ansorge, head of the Department of Oceanography, said she was proud of the organising committee for taking the initiative.

“This is an amazing opportunity for the students and lecturers from the oceanography department to come together as a single body. The excitement shared by all today was truly inspirational and I know that this is the first of many annual symposiums … I feel very privileged to be head of this department with such astounding and talented students.”