Emissions: four times the work or one-third of the time

In a comment published in Nature, the University of Cape Town’s Professor Harald Winkler, as part of an international team, delivers the bad news that the emissions gap is growing, while pointing to small signs of hope that the climate crisis can be addressed.

A decade of insufficient political action on climate change means that nations must now do four times the work ─ or do the same work in one-third of the time ─ to comply with the climate pact they made in Paris, argue Special Professor Mitigation of Greenhouse Gas Emissions at Wageningen University in the Netherlands, Niklas Höhne, and colleagues in a comment published in this week’s Nature.

Winkler, a co-author, explains that “The gap is due to three reasons – a 14% increase in emissions from 2008 to 2018, global agreement on a lower limit on global temperature, and insufficient commitments by countries.”

The authors’ conclusions are based on a synthesis of all 10 editions of the Emissions Gap Report produced by the United Nations Environment Programme. Each year for the past 10 years, this report has examined the difference (the ‘gap’) between what countries have pledged to do individually to reduce greenhouse-gas emissions, and what they need to do collectively to meet agreed temperature goals – “well below” 2°C and pursuing 1.5°C.

Höhne and co-authors found that the required emissions cuts from 2020 to 2030 are now more than 7% per year on average for the 1.5°C temperature limit set in Paris and 3% for 2°C. Had serious climate action begun in 2010, the cuts required to meet the emissions levels for 2°C would have been 2% per year, on average.

“The gap is so huge that governments, the private sector and communities need to switch into crisis mode, make their climate pledges more ambitious and focus on early and aggressive action,” the authors wrote.

Given the delay in action, much more rapid emission reductions will be needed to keep the temperature goals in reach. Winkler says that transformational change is needed, accelerating mitigation and shifting development pathways. Developing countries need to reduce both emission and inequality.

The piece in Nature includes examples of how “Emerging economies that depend on coal, such as China and India, have begun to address consumption by adjusting the fuel price, capping its consumption, reducing plans for new coal-fired power plants and supporting renewables. Much more must be done, and quickly — while addressing poverty, energy access and urbanization.”

Winkler argues that the same is true for South Africa.

“We need to adopt a vision for a just transition that includes net-zero emissions by 2050 or earlier, and put in place the laws, institutions and practical actions to achieve that goal. To make the transition just, communities and workers dependent on coal will have to be integrally involved in the change, ensuring they have sustainable livelihoods.”

The authors point to some countries, regions, cities and businesses that have promised or have already implemented urgently needed climate action, however. For example, 76 countries or regions and 14 subnational regions or states have set net-zero emissions goals.

“We need to adopt a vision for a just transition that includes net zero emissions by 2050 or earlier.”

Closing the gap will require scaling up these few success stories and mirroring them with progress in every sector, the authors conclude.

Winkler added that an increasing number of countries are establishing Just Transition commissions. He called for the Presidential Climate Change Coordinating Commission – agreed at the 2018 Job Summit as the statutory body to oversee South Africa’s just transition – to be carefully designed and established as a matter of urgency.

As the article concludes: “We do not have another 10 years.” 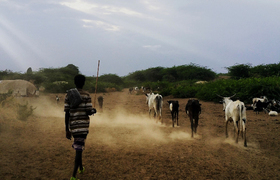 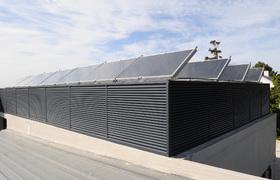 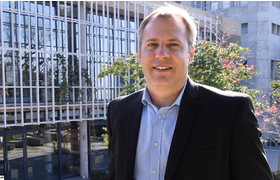