CPS officers hailed for their commitment

Three off-duty Campus Protection Services (CPS) officers have been commended for their role in apprehending four suspects allegedly responsible for snatching a cellphone from a student’s backpack on campus last week.

According to Raymond Herandien, CPS site manager, the student was standing in line at the bookstore on upper campus on Thursday, 23 January, when her cellphone was removed from her backpack. However, thanks to campus CCTV footage, which provided clear descriptions of the suspects (two males and two females), and three alert CPS officers, the suspects were arrested in Maitland on the same day.

Herandien said the incident is proof that UCT’s campus watchdog has eyes and ears everywhere – even off campus, and that the safety of staff and students is of utmost importance.

“CPS always strives to maintain a safe campus environment and [this incident] shows that these staff members are willing to go the extra mile on behalf of our campus community,” he said.

“We are pleased at a job very well done.”

CPS officers Mfundo Qwabe, Jeffrie Pienaar and Xolisa Kula were having lunch in Observatory when they recognised the four suspects in a Volkswagen Polo and followed the car in a private vehicle.

“The CPS officers could easily have turned a blind eye, but they were committed, dedicated and self-disciplined.”

In the process the trio also alerted the CPS control room and the South African Police Service (SAPS) for backup. While doing so, they tailed the suspects to a Pick n Pay supermarket in Maitland. Thanks to the collaborative efforts from CPS, SAPS and the Standard Bank armed security service, the suspects were arrested.

“They [CPS officers] could easily have turned a blind eye, but they were committed, dedicated and self-disciplined and the reason this incident ended in an arrest,” Herandien said.

The student has also since opened a case with the Maitland SAPS. 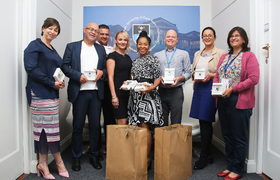 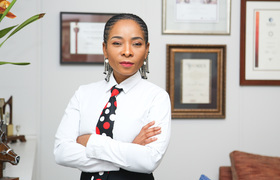 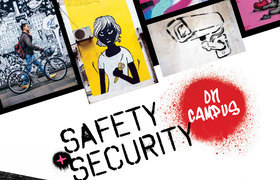 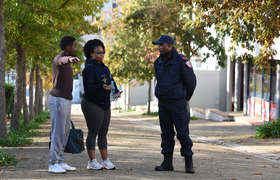