The highly publicised student sit-in of 1968 to protest the University of Cape Town (UCT) Council’s decision to withdraw black academic Archie Mafeje’s appointment as a senior lecturer was the “final straw” for students at the so-called “open” university.

These and other comments were heard this week during a Summer School lecture titled: “Five crises in UCT’s history: the 1968 sit-in”, presented by historian, author and retired academic and emeritus professor Howard Phillips.

The lecture explored the Senate Room sit-in at UCT’s administrative hub, the Bremner Building, and the slow build-up to the event, which Phillips said challenged university authorities to uphold its principles of academic freedom.

Phillips explained that Council had, in a bold move, approved Mafeje’s appointment to the Department of Social Anthropology that year. But government strong-armed the university’s highest decision-making body into withdrawing the offer.

De Klerk highlighted: “government’s intense displeasure at the decision to appoint an African, which is tantamount to flouting the accepted traditional outlook of South Africa. Should your Council disregard my appeal and give effect to this decision, the government will not hesitate in taking such action as it may deem fit to ensure that the tradition referred to above is observed.”

And so, Mafeje’s offer of employment was revoked.

Yet, according to Phillips, Council’s move to rescind the job offer was not the sole reason students staged this sit-in.

“Some of the episodes between 1958 and 1968 saw the gap opening wider and wider between students and the university’s authorities, which produced eventually, in 1968, this challenge,” he said.

At the onset of apartheid, Phillips said staff and students at UCT were united, collectively opposing the National Party’s apartheid laws. Everyone on campus identified “very proudly” with the “open university” stamp, and always aimed to uphold the “noble” traditions of academic freedom.

“Episodes between 1958 and 1968 saw the gap opening wider and between students and the university’s authorities.”

But visible change to sew division between racial groups were mounting on campus. In 1962 Council banned interracial dances, and in 1966 failed to take action against staff members who ripped to shreds students’ placards during a protest at the opening of UCT’s Snape Building on upper campus; the building was formally opened by a member of the National Party, and Phillips said students “intensely objected” this.

That wasn’t all. Council also clipped the wings of the outspoken students’ representative council (SRC), and had its constitution reviewed and rewritten in a way that limited its powers. It also appointed an interim SRC in its place.

“A long record of growing hostility and alienation between students and university authorities was gathering pace and deepening division,” Phillips said.

Ultimately, Council’s decision to reverse Mafeje’s appointment was the main trigger for the sit-in and the final straw for students. The decision mobilised student groups to protest that it be overturned.

“The racist National Party had made it known that they didn’t want a black man teaching white students,” he said. “This blatant kowtowing to the government angered many students, convincing them that even the new principal [Luyt] could not be trusted to uphold one of the basic tenets of academic freedom, ie who shall teach.”

Student groups rapidly began to maximise support on campus, drawing together as many people as possible. Petitions objecting Council’s decision and calling for Mafeje’s reinstatement also made their way around campus.

“This blatant kowtowing to the government angered many students.”

It was only after a second mass meeting in Jameson Hall that students decided to march to the Bremner Building in an act of solidarity and stage a sit-in until Council met their demands.

Hundreds of students joined the march and over 600 flooded the building to occupy the Senate Room. But Phillips said when it became clear that Council was in no hurry to respond to their demands, students realised that the sit-in would take a lot longer than just one afternoon. It was then that they began to occupy the corridors and the wings of the building as well.

Students remained inside the Bremner Building for nine days, and although some dropped out daily, security forces kept a close eye on the group from the outside.

Prime Minister BJ Vorster issued a stern warning that if the sit-in was not dissolved, he would “do it thoroughly and effectively” – that is when many felt that it was time to bring the sit-in to a halt.

“We realised we were up against the machinery of the apartheid state,” Duncan Innes, president of the 1967/8 SRC, said at the 40th commemoration of the sit-in in 2008.

And while Innes added that the sit-in may not have reached its objective to get Mafeje reappointed, students “made it clear that Mafeje would not be forgotten and the incident would be forever linked to the denial of academic freedom”.

In 2008 UCT awarded Mafeje a posthumous honorary doctorate in social science, and today the Senate Room in the Bremner Building has been renamed the Archie Mafeje Room. 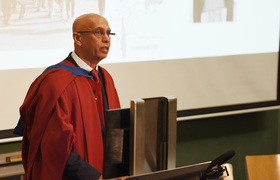 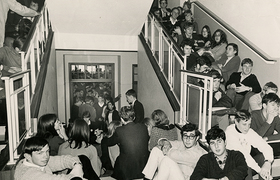 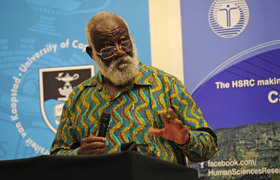 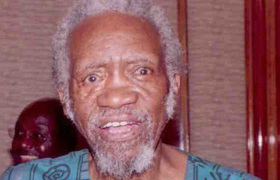