It was a time of celebration as the University of Cape Town (UCT) drew the curtain on its maiden Khoekhoegowab language short course. The project goes down in history as a successful attempt by the institution to correct some of the injustices of the past.

On Friday, 29 November, 77 course participants comprising staff and students at UCT and members of the West Coast community, took to the podium to receive their certificates of participation in the indigenous Khoe language short course – a first of its kind for a South African university.

The four 12-week courses were co-convened by the /Xarra Restorative Justice Forum in UCT’s Centre for African Studies, and the Centre for Extra-Mural Studies. The programme has received the full support of the university’s Multilingual Education Project (MEP), with funding coming from the Mauerberger Foundation Fund and the Vice-Chancellor’s Strategic Fund.

With only 167 000 speakers remaining, Khoekhoegowab is considered to be one of the continent’s many endangered indigenous languages. Spoken by the Nama, Damara and Haillom ethnic groups, who live mainly in the Northern Cape and Namibia, the language was decimated by years of colonialism.

Professor Shahid Vawda, who holds the Archie Mafeje Chair in Critical Humanities and Decolonial Studies, as well as the directorship of the School of African and Gender Studies, Anthropology and Linguistics in UCT’s Faculty of Humanities, described the event as a historic occasion for UCT.

He said the short course forms a broader part of the university’s transformation agenda and demonstrates its continued commitment to driving inclusivity, diversity and transformation on campus.

“Today is a historic occasion. We are taking it [the short course] seriously. We are restoring some of the injustices of the past,” Vawda said.

“Today is a historic occasion. We are taking it [the short course] seriously.”

Vawda told the audience that UCT will never forget that the institution was built on land previously inhabited by the indigenous Khoe people. But that thousands of years later, by introducing the short course, and educating participants on the language of the Khoe people, it’s a means of correcting a past wrong.

“[Bringing] people together to help shape views and opinions is one way of moving forward and once we’ve decided to do something, we need to take it further,” he said.

The culmination of the course is a fitting end to the United Nations (UN) Year of Indigenous Languages. The UN dedicated 2019 to raising awareness on the fragility of many languages and to establish parallels between language, development, peace and reconciliation.

The Centre for Extra-Mural Studies will also offer courses relating to the Khoekhoegowab language as part of the 2020 Summer School programme. For more information, or to book your seat, visit the Summer School website or contact Bronwyn Geldenhuys at ems@uct.ac.za. 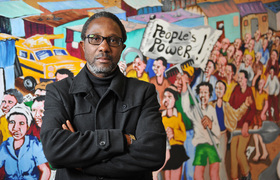