An article published in Science, co-authored by the University of Cape Town’s Professor Harald Winkler, explains why “double counting” carbon emissions could undermine the goals of the 2015 Paris Agreement, and how a robust outcome for international carbon markets can be achieved.

In December 2018 the 24th United Nations Climate Change Conference (COP24) in Katowice, Poland, saw more than 190 countries agreeing on almost all the content making up the rulebook that fleshes out the Paris Agreement. Rules for international carbon markets, however, proved a major roadblock to reaching consensus.

If, however, emissions reductions are counted by both the “selling” and “buying” country, this threatens environmental integrity – adding tons of carbon dioxide equivalent to the atmosphere after the trade. This would violate the Agreement made in Paris to “avoid double counting”.

In theory, the flexibility of using carbon credits should enable countries to do more, but if the rules are lax, the reductions may not be real. How countries count the transfer of carbon credits (technically known as internationally transferred mitigation outcomes, or ITMOs) towards their mitigation targets is key to avoiding double counting.

Being able to buy carbon credits from those who can produce them more cheaply helps some countries to set more ambitious targets, and to achieve more cost-effective mitigation overall. That’s the theory.

Putting it into practice

To put this into practice, targets need to be clear; cap-and-trade (in which limits are placed on emissions that drive global warming, and companies can buy and sell emission allowances) requires a clear cap. Yet the mitigation targets in nationally determined contributions take very different forms. Transactions must be tracked, reported and reviewed. In short, we need robust international accounting for carbon credits to be credible.

Negotiators are still haggling – defining what double counting is, how it should be avoided, and even whether this is needed in all situations. Some countries seek credit for early action. Others are quite comfortable with lax rules and prefer very little, if any, oversight – particularly of their own mechanisms.

Countries like Australia, Canada, Japan and the United States, for example, opposed strong international oversight, arguing for more flexibility in implementing carbon market cooperation. To preserve integrity, some countries, including Senegal and South Africa, have argued for more international oversight for any carbon market cooperation between countries. This could include more detailed rules rather than principles, or participation requirements that countries must satisfy to engage in transfers.

The rules on how to avoid the “double counting” of carbon emissions are to be written at COP25 in Santiago, Chile, in December 2019. Four key actions will help to avoid double counting:

If international carbon market rules are able to ensure environmental integrity and avoid double counting of carbon credits, the foundation will be laid for international cooperation that can cost-effectively combat climate change.

Read the full article in Science. 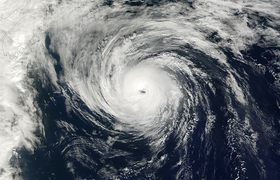 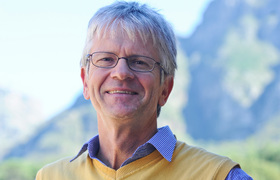