The road to spatial transformation

In her research into spatial transformation along the Voortrekker Road Corridor, the University of Cape Town’s (UCT) Mercy Brown-Luthango compares the ways in which the vision of city officials and politicians stacks up against that of residents and those who work in the area.

Brown-Luthango’s research, The Prospects for Socio-Spatial Transformation in the Voortrekker Road Corridor, focuses on three study zones along the corridor: Maitland, Kensington and Factreton.

The corridor is one of three identified by the City of Cape Town (CoCT) as strategic to reshaping and reconfiguring urban space. The others are the Metro South East and Blue Downs corridors. Key here are transport hubs, land use and affordable housing.

Brown-Luthango, who is based at UCT’s African Centre for Cities (ACC), worked closely with land and housing non-profit organisation Development Action Group (DAG) and the Kensington Backyarders Association during her almost two-year study.

Her research inspired The Walk, an ACC publication that’s openly accessible to the public. It was launched at a panel discussion in March this year.

Both the research and The Walk provide a window into the obstacles and prospects for spatial transformation along the corridor, with the following four main themes emerging from the research: densification, affordable housing, safety and mobility.

While the commercial part of the Voortrekker Road Corridor is a hive of activity, there remains space – and aspirations, certainly from the CoCT – for higher density in the residential areas. This lack of density mirrors much of Cape Town, which remains a sprawling and spatially untransformed city.

To begin countering this, the City is pushing for densification. However, official plans appear to fall short of residents’ wishes.

“The City is pushing for densification. However, official plans appear to fall short of residents’ wishes.”

During her research, Brown-Luthango asked interviewees what they thought of densification. The first notable finding was that few understood what it meant. After it was explained, there was a general resistance to living in higher-density accommodation.

Even in backyards, where it is not unusual for one block to house up to five informal structures, people were unwavering.

Brown-Luthango believes this has to do with living on the Cape Flats where density is synonymous with overcrowding, and consequently with crime, violence and other social problems.

But beyond this, the ACC researcher found that there has been no real engagement – if any – from the CoCT with the residents around densification: what it means, the city’s plans for it, the advantages of it and the necessity for it.

Brown-Luthango, who has worked in the land and housing sector for almost two decades, said consultation is crucial.

“You can't just impose something; you have to engage people.”

The second theme was affordable housing, a concept that means different things to different people – for the City and its officials, for land and housing activists, and for developers.

Brown-Luthango collected data from Lightstone Property, which provides “information, valuations and market intelligence on properties in South Africa”, on the study areas and surrounding suburbs of Brooklyn, Salt River, Woodstock, Pinelands and Parow. The aim was to see how property prices had performed in the 10 years between 2007 and 2017. Across the board, these had increased.

“So, what exactly does affordable housing mean, especially for people living in backyards and in informal settlements?” she asked.

“How are the state and the city catering to their needs in terms of future housing?”

“There is no real acknowledgement of the sort of underlying social issues that … create and sustain violence and crime.”

While safety and violence were not focus areas of the research, they formed the third major theme in the study, emerging as a clear concern in response to questions about residentsʼ aspirations for their area and about their use of public facilities such as parks.

People want safer spaces for their children and positive stimulation that will help keep youth from gangsterism and crime. A recent manifestation of this was the 2018 shutdown protest along the corridor when residents attempted to close Voortrekker Road in a protest against gang violence in the area.

While Brown-Luthango and the research team found that the CoCT understands the safety issues along the corridor, their focus is on dealing with “crime and grime” through urban regeneration programmes and a drive to attract private investment into the area.

“But there is no real acknowledgement of the sort of underlying social issues that … create and sustain violence and crime,” said Brown-Luthango.

“It's not a very developmental approach.”

The fourth and final theme was mobility.

The first part of this was how people moved to, around and from the corridor. Through spot interviews, the researchers found that trains are the main mode of transport, with Maitland and Mutual stations as the key points.

Interviewees came from across the city – Khayelitsha, Mitchells Plain, Philippi and even as far as Strand. If they didn’t work or attend school in one of the three study zones, they would then take a taxi or alternative transport to move from the corridor to another part of the city.

“I think thatʼs one of the reasons why this Voortrekker Road Corridor is so strategic, because it really connects people from all over the city.”

“I think thatʼs one of the reasons why this Voortrekker Road Corridor is so strategic, because it really connects people from all over the city,” said Brown-Luthango.

But one of the things she found interesting in the mobility theme was that most of the interviewees expressed no desire to move into one of the three neighbourhoods being studied.

“We make lots of assumptions about what people want or need,” she said, while acknowledging that those interviewed did not represent a large enough sample.

Another interesting finding around mobility was that learners from many of the schools in the area travel long distances to be there.

One of the principals said parents pay more for transport than for school fees because they want their children to attend schools in the study areas, to learn to communicate better in English.

The themes that have emerged from the research present their own challenges. But there are additional challenges present in achieving spatial transformation.

The first is what is referred to as “NIMBYism” – those who say, “not in my backyard”. These are people who resist changes in the neighbourhoods in which they reside, such as mixed-income housing.

“It’s people … who think that [others] don't have a right to be there because they’re poor,” said Brown-Luthango.

A second hurdle is Cape Town developers’ lack of appetite for the affordable housing market. In comparison, their Johannesburg counterparts are far more eager.

A third is land. Finding and securing land in Cape Town has proven difficult. And where there are large tracts of public land, such as Wingfield Military Base, political actors hold up its release and redevelopment.

But beyond all the deterrents, there are real prospects for spatial transformation in Cape Town, said Brown-Luthango.

“We have to move beyond policy. You have to experiment, you have to try. And if you fail, you fail. But at least you've tried.”

One rests on National Treasury’s Cities Support Programme (CSP), which aims to work with metros to restructure “the apartheid city” and increase cities’ “contribution to inclusive economic growth”.

“There is this real push and a lot of support for metros now to actively pursue spatial transformation,” she said.

“I think that's a positive thing.”

Another opportunity is in recognising the need for choice. For the ACC researcher, spatial transformation requires choices for poor people; they shouldn’t be forced into an area or into subpar housing. Equally, housing options should suit different life stages.

A final prospect is to build on existing policies.

There are also many experienced people and organisations who can help realise spatial transformation, she added, listing ACC’s Professor Edgar Pieterse, DAG and non-profit Ndifuna Ukwazi as examples.

It is now a matter of implementation.

“You have to experiment, you have to try. And if you fail, you fail. But at least you've tried.” 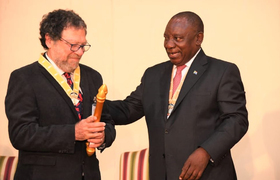 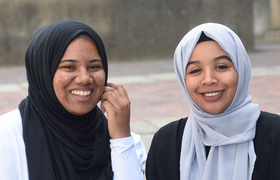 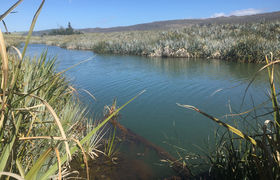