Robust short-, medium- and longer-term planning is what South Africa needs to pull itself out of a deep, dark, slippery hole in order to achieve President Cyril Ramaphosa’s “new dawn”.

And the onus doesn’t rest on the shoulders of government alone; all sectors of society have a role to play, including “you and me”, said Dr Iraj Abedian, chief economist for economic research advisory firm Pan-African Investment and Research Services.

Abedian shared his views on the state of the economy during a three-day lecture at the University of Cape Town’s (UCT) 2019 Summer School last week. He also discussed his short-, medium- and long-term plans for economic growth, and highlighted key interventions to help steer South Africa back on course.

“The triple evils – poverty, inequality and unemployment – have become entrenched in our society as a result of poor governance in the public and private sectors. We need to turn this massive ship around,” he told attendees.

As South Africans prepare to head to the polls in just a few months, Abedian reflected on the country’s 25 years of democracy, but painted a grim picture of the state of the nation. He said it remains one of the most unequal societies in the world, with a disproportionate gap between rich and poor. But, he said, there are ways of turning things around.

Reconfigure the ministerial cabinet and radically revise the ministerial handbook, he suggested. This handbook entitles ministers to privileges no one understands, and they cost the taxpayer billions of rands, including for unimportant status symbols like bodyguards, blue-light entourages and minsters’ drivers.

“There is something wrong here. We should not be footing the bill for all of this. If it doesn’t make sense, cut it out. If it’s not ethical, nor economically sensible nor politically sensible, cut it out,” he said.

Abedian also questioned Ramaphosa’s cabinet of 74 ministers when a country like Switzerland has only seven.

Upgrade schools and centres of higher learning, including universities, technikons and further education and training (FET) colleges, or South Africa will be left behind. Future generations need the best education and it should be on a par with that of other developed nations around the world.

While subjects like maths and science are critical and have an important part to play when it comes to skills development, Abedian said languages and the arts are critical too, and should receive equal attention.

He believes that aspiring to see black school pupils and university students enjoy the same opportunities that white children had during apartheid is “going backwards”, and rather encouraged a shift in thinking.

On the health front, forward thinking is essential to optimise sectors while adhering to the demands of the Fourth Industrial Revolution. Currently, public healthcare facilities are “managed backwards” and Abedian advised the adoption of a more technocentric approach in order to streamline and improve services.

For land, his opinion is that far too many people still live in houses that are owned by the government, like 80% of Soweto. To empower the economically marginalised, this requires an urgent intervention. More also needs to be done about the “tracts and tracts” of land owned by municipalities in order to help address the country’s housing crisis.

Addressing poverty, unemployment and inequality is a long-term project that requires ongoing open discussions on the ethical reform of the country, Abedian suggested. Reviewing where South Africa currently finds itself, where it would like to go and what it would like access to is important.

“Reviving the country’s outlook on access to energy lies with introducing new, out-of-the-box concepts and ideas, and partnering with other African nations on potential solutions.”

In the energy sector for example, despite the production of white papers and integrated resources, South Africa still lacks access to sustainable and clean energy. He advised the government to focus less on saving Eskom and more on investing in sustainable energy resources.

Reviving the country’s outlook on access to energy lies with introducing new, out-of-the-box concepts and ideas, and partnering with other African nations on potential solutions. If not, the economy will do little but continue to limp along, Abedian warned.

Investing in water infrastructure is also critical and fundamental.

Abedian said that as a result of corruption and poor governance, the country is lagging behind and must make better use of technology to manage water resources. South Africa should also look to neighbouring African states where precious commodities are in abundance, and ask for help.

“But the plan needs to pass three simple tests – objectivity, inclusivity and people-centricity. We need to think differently and approach challenges differently. Change is not a pipe dream, it’s possible,” he said. 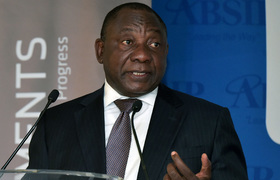 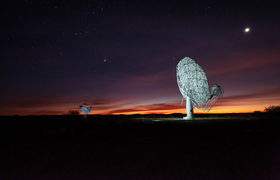 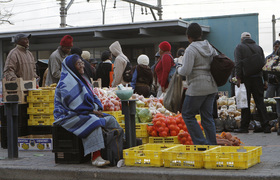 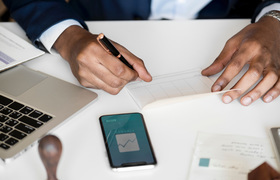