A university is an academic project enabled by an “engine room”, which (at the University of Cape Town) is made up of four departments. The role of the chief operating officer (COO), said UCT’s first incumbent in the position, Dr Reno Morar, is to “place the departments under one umbrella, oil them and make them sing so that the project can also sing”.

Overseeing relevant responsibilities previously distributed among the deputy vice-chancellors of the finance, human resources, information and communication technology services (ICTS), and properties and services departments, Morar took on the role of COO in October.

He is currently dividing his time between the new position and his job as deputy dean for Health Services in the Faculty of Health Sciences, until he takes on the COO position exclusively in February. The decision to introduce a COO was taken to improve the efficiency of the university’s operations and is aligned with modern management strategies used by other leading universities.

Simultaneously occupying two offices requires agility, planning and a cool head. It’s no coincidence that these are management skills Morar has mastered.

“Having recognised very early on in my career what discipline interested me, I have always been on the management path,” he said.

“That’s how I became what I believe to be a professional manager.”

Morar has a medical degree (MBChB) from the University of KwaZulu-Natal. It was during his internship at Livingstone Hospital in Port Elizabeth that he got his first taste of supervision when, within two years, he became part of the management team running the outpatients department. From there on, he’s only undertaken managerial roles.

“I made a conscious decision to go into management,” he said.

“It was never incidental or an add-on to my career path.”

Neither is it happenstance that Morar’s base discipline is that of a public health medicine specialist; it suits his preferences, particularly his proclivity for the systematic approach to work.

“Public health is best described as a systems discipline, which requires understanding the systems of diseases, health services and health policies. It allows you to think in a systemic way, which has always interested and motivated me, and suited my journey in management,” he explained.

Natural abilities and proclivities aside, Morar is a firm advocate of specialised and ongoing learning, and has added to his credentials throughout his career. In management, his qualifications include a Postgraduate Diploma in Health Management, Economics and Financial Planning, and a Postgraduate Certificate in Professional Coaching Practice. The latter has long been an important tool in his management kit, both for teaching and learning.

“In retrospect, I realise that well before I studied and put a name to it, I had always used coaching techniques as a manager,” he said.

“To be coached and/or coach is an absolute privilege. When you are the recipient, you learn to trust your coach and discover a great deal about yourself. But the other way around, where you help others learn about themselves, is as enlightening and satisfying.

“I have enjoyed coaching students and colleagues over the years, and have routinely been coached myself every two or three years. After all, the more you get to know yourself, the more you understand what you need to do to develop, and how.

“Coaching has helped me achieve balance in my life, and enabled me become more rounded and complete.”

Lift as you rise

The concept of enabling is important to Morar, who says he learnt the importance of the related ethos of “lifting others as you rise” from his friend and colleague, the late Professor Bongani Mayosi. It’s a philosophy that Morar believes is fundamental to his role as COO.

Morar is however mindful about how difficult change can be for some and says he regularly evokes the wisdom he learnt from an important mentor years ago.

“He pointed out that, particularly because I am an innovator and not a maintenance manager, it’s crucial that I remember that it is not about how far ahead you are of the pack, but how far the last person in the pack is behind you that matters in change management.

“Change requires movement, but you can only move as fast as the slowest person. In any organisation, there are inevitably people who find change difficult and they can make or break it. And if you don’t understand that ... the organisation is not going to move and the change won’t happen. I’ve never forgotten that advice and am particularly mindful of it in my new role.”

Among Morar’s primary objectives as COO is to work with the executive directors of the finance, human resources, ICTS and properties and services departments, and enable them “in coordinating and collaborating ways” so that all UCT staff feel valued.

“I have four fantastic and competent people who I rely on to do their jobs. It is my responsibility to coordinate efforts and make sure that everything is executed properly across the departments. If I do that well, then the vice-chancellor will be liberated to do what the academic project requires of her,” he said.

“My job is about oiling the engine room so that the project runs smoothly, which will free and enable everyone in the chain to be most effective in their roles.

“But, above all, if I can be part of the team that closes the gap between UCT’s professional, administrative, support and service (PASS) staff and our academic staff, then I will feel that I have achieved a most important thing.”

And when he’s not oiling engine rooms and closing gaps, you might find Morar bird watching, hiking or quietly reflecting on life.

“I am generally calm under pressure. It’s not that I don’t feel it, but I manage it in a way that is partly spiritual and partly religious,” he said, adding that he relies on a group of good friends who are always honest with him.

He also tries to never miss family functions, which he said keep him grounded.

“In an organisation, there’s a hierarchy, but when you go to family gatherings, you’re still the nephew who will, when asked, have to make your uncle a cup of tea. I always advise people to go to family functions. They help remind you who you are and keep you sane and grounded.” 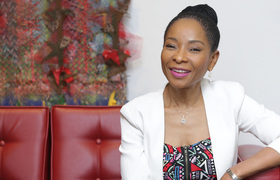 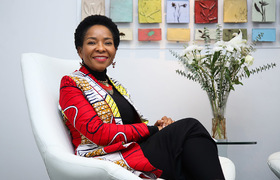