UCT graduates ready for the world of work

With the world of work in near constant flux, and a country still plagued by high rates of unemployment, UCT graduates are increasingly entrepreneurial.

This was one of the major findings of the 2018 graduate exit survey.

The survey, administered by Careers Service, in the Centre for Higher Education Development (CHED), gauged what UCT graduates were doing by the time they obtained their degree in April 2018.

Of the 3 962 students who were expected to attend April graduation, 3 297 consented to be surveyed – an impressive response rate of 83%.

The survey results speak to consistently high levels of employment and increased postgraduate enrolment, complemented by a mounting spirit of entrepreneurship.

Of the survey respondents who were already employed come April 2018 graduation, 10% indicated that they were self-employed.

“Our pioneering graduate exit survey was one of our various strategic projects of 2017, and is a vital source of data that fuels the work that we do.”

This is an encouraging trend for a university that is working hard to equip students for an ever-shifting and increasingly entrepreneurial world of work. Indeed, in 2017 the Careers Service debuted the Student Entrepreneurship Week, as part of the reimagined UCT Careers Festival, in an effort to help UCT students discover their entrepreneurial selves.

David Casey, Careers Service director, says: “We constantly aim to better support students’ access, success and the transition to the world of work. Our pioneering graduate exit survey was one of our various strategic projects of 2017 and is a vital source of data that fuels the work that we do.

“It is encouraging to see that 39.4% of our April graduands were employed at the time of graduation, 45.3% are studying further.”

UCT graduates are in demand

With an employment rate of 39.4% at April graduation, it is clear that UCT graduates remain desired candidates in the world of work.

The survey showed that 45.3% of graduates are already studying further, with a further 11.8% still hoping to pursue further studies. Just 19.7% of surveyed graduates were still seeking employment come April graduation.

The majority of graduates from the faculties of Engineering & the Built Environment, Health Sciences and Law are already employed (at 54.1%, 53.2% and 62.1% respectively).

Figures from the faculties of Humanities and Science, which have higher numbers of students, are comparatively low in rates of employment. But the majority of graduates from these faculties are studying further (at 50.7% for the humanities and 64.5% for the sciences).

Graduates from the Faculty of Commerce are evenly split, with 44% already employed and 45.5% studying further.

“The graduate exit survey shows that a UCT degree is in demand,” commented Professor Loretta Feris, the deputy vice-chancellor for transformation.

“However, for UCT, true success is measured in the extent to which our graduates contribute to ensure that we stem the growth of inequality in our country.

“It is therefore heartening to see that entrepreneurship of our graduates is on the rise, and we hope that through these endeavours they will address the challenges of unemployment and poverty.”

*Respondents were able to select more than one main activity during the graduation survey, ie they could be employed and seeking studies, seeking studies while already studying, or seeking employment while studying, and so forth. Figures should be understood as separate variables, rather than being part of a 100% total. 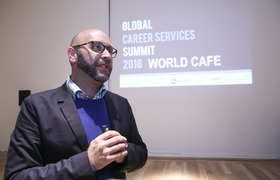 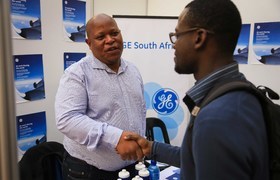 News
Own your future with UCT Careers Festival 16 Aug 2017