As a foreign student at UCT, Zambian Chanda Chungu could have adopted a detached approach to his alma mater: get a degree and return home. But a conviction that international students have much to add to the learning experience at UCT led to his deep involvement in campus and student life.

His hard work and contributions to student leadership at UCT have paid dividends. Chungu, a PhD candidate (Faculty of Law), will tackle a master’s degree in comparative social policy at Oxford University, thanks to a Beit Trust Scholarship.

Chungu remembers the turning point well. In his first year, a representative of the Studentsʼ Representative Council (SRC) visited his residence, Varietas. When Chungu asked what the SRC did for international students (he’d heard that foreign students make up a significant proportion of UCT’s student body) he was shocked by the response: non-South Africans were not a priority.

The word among fellow international students at the time was that not many felt wanted or welcome to get involved at UCT.

“That stayed with me through my six years at UCT,” says Chungu.

Determined to change the status quo, he committed to meeting new people.

“Why else would I study abroad if I was to only hang out with people from back home? Throughout my time at UCT I made countless friends – people I met in class, during community outreach, on the shuttle, talks and, yes, even at those RAG parties during orientation . . . Each experience, each up and down, each failure and success gave me clarity on what I wanted to do with my life.”

Chungu also put himself forward for leadership roles, first as head student of Varietas, and later as SRC chairperson for societies, deputy speaker of Student Parliament, president of the Postgraduate Law Students’ Council and one of two student representatives on Council (UCT’s highest decision-making body) from 2015 to 2017.

“I wanted to use these experiences to bring people together and give students more opportunities to learn from one another.”

“I wanted to use these experiences to bring people together and give students more opportunities to learn from one another.”

To support this work, Chungu also initiated a series of talks under the banner “To whom does Africa belong?” As part of this initiative, he invited African scholars to debate with students on their role in shaping the continent.

He also looked towards community upliftment. A member of the Legal Welfare Community Organisation (LAWCO), part of UCT’s Students’ Health and Welfare Centres Organisation (SHAWCO), he taught students in Khayelitsha and Mitchells Plain about basic legal principles and the Bill of Rights.

On a practical level, he also benefited from his involvement, learning how to be adaptable, how to work under intense pressure, and plan events and network.

His proudest achievement has been improving the representation of international students in Student Parliament and the part he played in having a specific portfolio on the highest student decision-making body.

This set the trend for other universities, with Chungu spearheading the first international student representatives’ conference in 2016, when he was elected first president of the International Students’ Association of South Africa. And at the annual Student Leadership Awards in 2014, Chungu won the Ackerman Family Foundation Award for his SRC work to improve the international student experience.

He has been guided by inspirational scholars such as the law faculty’s Professor Hugh Corder and Emeritus Professor Evance Kalula. Under their guidance, Chungu was chosen as a teaching assistant and developed a strong interest in labour law and administrative law and their role in social protection.

His PhD in administrative law seeks to develop a “comprehensive framework on how the courts should review the exercise of powers by the president and members of the executive”.

The master’s in comparative social policy at Oxford, which he will start later this year, will focus on social policy and how this can be crafted to improve the lives of these people.

“I do not know what I would be without UCT. The university has been so influential in my journey,” he says.

“The interactions with leading academics, coupled with interactions with fellow students from across Africa and the world, have shaped what I believe is my calling in life: serving others and assisting society’s most vulnerable.”

He plans to return to complete his PhD at UCT and then go back to Zambia to play a role in developing and drafting appropriate legal frameworks to help society’s most vulnerable people.

“Long-term, I want to play a role in the development and implementation of social protection policies and in strengthening institutions tasked with holding public officials accountable, in Zambia and sub-Saharan Africa.” 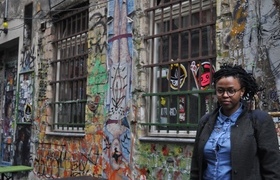 News
Past imperfect: lessons on memorialisation and reconciliation 19 Sep 2017 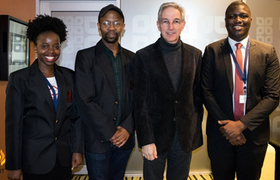