To the heart of matter

The award will support his research on the Higgs boson, the elusive particle that gives matter mass, and the mysterious “top quark”, the giant among all observed elementary particles.

A senior lecturer in the Department of Physics, Yacoob has always been enthralled by the miniscule building blocks of the universe and how these underpin the basic laws of nature – and life as we know it.

It was the idea of being able to break things down into smaller, simple bits and then piecing them together again, what he calls the “reductionist approach” to the understanding of nature, that attracted him to physics as a young student.

Lego blocks of the universe

“Physics called to me and it was a great opportunity to continue to do great work,” he says.

Particle physicists work with a toolkit of “Lego pieces” from which they believe everything is made.

“A long time ago, scientists thought they had a handle on this with atoms (made up of protons, neutrons and electrons), which they thought were the ‘Lego blocks’ used to make up the universe.”

Though scientists have known about electrons for over 150 years, there’s still no evidence that these particles have an internal structure, but we know that protons and neutrons do, says Yacoob.

At the heart of protons and neutrons are the quarks. Scientists know of six different quarks, but only two of these, the up and down quarks, are found inside the protons and neutrons at the centre of atoms. The other four quarks (strange, charm, bottom and top) are all elusive and unstable, decaying in fractions of a second. It takes powerful technology and sensitive systems to be able to detect and record their activity.

“Maybe we don’t have a big enough hammer to break an electron and a quark into their smaller pieces, and one day we’ll find a new test or a bigger hammer and we’ll find something newer.”

It’s thought that elementary particles gain their mass from the Higgs field, something backed by the discovery of the Higgs boson, confirmed in 2012 at the Large Hadron Collider (LHC) at CERN, the European Organization for Nuclear Research, in Switzerland.

At the LHC, researchers announced that they had discovered a new particle in the mass region around 126 GeV (Giga electron Volt). This particle is consistent with the Higgs boson predicted by the Standard Model of particle physics. The Standard Model is the theory describing three of the four known fundamental forces (the electromagnetic, weak and strong interactions, and not including the gravitational force) in the universe, as well as classifying all known elementary particles.

Because the top quark is an intriguing particle, massive and fleeting, and because it’s important to understand how it interacts, it provides a broad range of interesting research topics for Yacoob and his group of postgraduate students.

For one thing, it’s unusually heavy for an elementary particle – the heaviest ever observed, with a mass of around 173 GeV, the equivalent of an atom of gold. (The next heaviest is the bottom quark which is 4 GeV and the lightest quark, the up quark, is around 2 MeV [Mega electron Volt].)

“It’s like you meet a family and everyone is around 1.8 m tall and there’s one kid that’s 2.5 m tall and you’re like – you stand out!” says Yacoob.

It's like you meet a family and everyone is around 1.8m tall and there’s one kid that’s 2.5m tall and you’re like – you stand out!”

Top quarks were first observed at Fermilab, America’s particle physics and accelerator laboratory, in 1995 and are now produced in large quantities at the LHC. They remain a topic of intense research interest.

According to CERN’s website, given that the top quark is the heaviest particle yet discovered, it’s a natural laboratory in which to study how the Higgs boson interacts with matter.

Yacoob has assigned a master’s student to do just that. Using data and measurements taken at the ATLAS project at CERN, he will work to measure the mass of this heavyweight among quarks. (ATLAS is one of the seven particle detector experiments constructed at the LHC.)

Yacoob has been studying elementary particles for over 10 years. He was part of the team that detected the Higgs boson five years ago. Before this he spent eight years as a member of the DZero Experiment (DØ Experiment) at Fermilab, another worldwide collaboration of scientists conducting research on the fundamental nature of matter. This work informed his doctoral research in experimental particle physics at Northwestern University in the United States.

“When I finished my PhD, I got a job offer to work at the LHC, just at the time when we were either going to find or reject the hypothesis of the Higgs boson, which is the foundation of how particles get their mass, so it was a great opportunity.”

After that he got a permanent job in academia at the University of KwaZulu-Natal, and then moved to UCT in 2015, “which is like gold, especially being back in South Africa”.

At UCT he’s now mostly involved in a project on same sign WW scattering, a probe of the Higgs boson mechanism that measures interactions between protons and the w boson.

“It’s a very rare process,” he says, “and it will show whether our mathematical predictions of how the Higgs boson is involved in these interactions is correct.”

He had three master’s students contributing to that analysis graduate last year and a PhD student is still working on the project.

As UCT’s representative on the ATLAS project, Yacoob is also an integral part of the operation of the LHC detector and planning for the future. He and his group contribute to operations of the detector to ensure it is kept up and running.

“The proton collisions happen 40 million times a second … so if the machines go down, that’s a lot of data lost.”

He also works on upgrades to the detector, one planned for 2019 to increase capacity.

“The LHC beam is going to collide more often and with more intensity, so we’re going to get more proton–proton collisions per second and our five-storey-high, 21 m-long detector needs to be upgraded to deal with the increased beam conditions.”

The other upgrade is planned for 2025.

“I’m also doing some performance studies for future colliders, which will start to operate close to the end of my career, but we need to plan for them now. It takes a long time to get the construction planned and the funding in place to do it.” 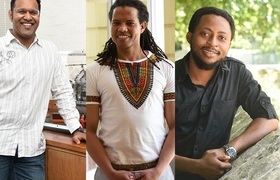 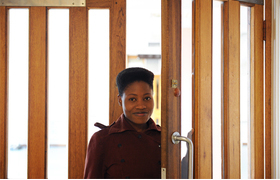