Is a truly integrated and spatially just Cape Town possible?

It is this question that the Integration Syndicate (IS) hopes to answer.

The collective brings together research centres at three Western Cape universities, including UCT’s African Centre for Cities (ACC), experts on urban development and planning, and civil society groups such as Reclaim the City and the Development Action Group (DAG).

“The idea is to recognise that at the moment it feels like we are really stuck in Cape Town, that we know that there is a profound problem with the spatial form of the city, the continued reproduction of all kinds of inequality and segregation and we sort of jump from one burning platform to the next, but we don’t seem to resolve anything,” explained Professor Edgar Pieterse, head of the ACC.

Pieterse, together with Professor Premesh Lalu (University of the Western Cape) and Dr Adi Kumar (DAG) gave a sense of the syndicate’s thinking at a panel discussion entitled “Integration Complexities” at Cape Town’s Open Book Festival.

They outlined the problems with the popular narrative surrounding spatial exclusion and inequality in Cape Town, as well as the steps that Cape Town citizens, together with government, academia and civil society, might take to realise spatial justice in the city.

“This is a spatial paradox: the more we redistribute, the greater spatial injustice becomes.”

Discussion around the sale of the Tafelberg site and gentrification in Woodstock and Salt River are good examples of the kinds of issues that reach the public domain, said Pieterse. They demonstrate the highly polarised views portrayed in the media, without any sense of what to do about it.

Having worked in both academia and public policy, it was clear to him that in the past few years there has been a real shift in coming to terms with the underlying drivers of special inequality and exclusion.

This is reflected in the latest Built Environment Performance Plan (BEPP).

“It struck me that if we can build a shared understanding among a diverse group of Capetonians around the assumptions of this plan and the potentiality for shifting the debate – we could potentially really make an impact and escape this … sort of sensibility that one has in Cape Town; that you just come back to the same debates over and over, and nothing fundamentally changes.”

South Africa has a redistributive investment approach, he explained, through free housing and transport subsidies.

“So what we have seen since ’94 is a massive redistributive investment to alleviate poverty through these various subsidies. But effectively it has worsened the spatial form of the settlements in South Africa.”

The private sector tends to invest in areas as far from the poor and as close to economic centres as possible.

“This is a spatial paradox: the more we redistribute, the greater spatial injustice becomes.”

It is this paradox that South Africa’s eight metropolitan governments have been tasked with addressing. The City of Cape Town has put forward five catalytic interventions.

“What we as civil society and academia have not done is to respond in a considered and focused manner.”

Trapped in a hardening narrative

“I think we’ve trapped ourselves in a very, very hardening narrative of the divided city. Let me be clear, I don’t think we’re beyond that narrative,” said Lalu.

“We’ve got to think about new ways of anticipating a concept of freedom. And where we have become very neglectful in our rendering of this city is to think about it as a divided city, without recourse to other forms of narrating its past.”

He highlighted the cinema as an example of a crossover space in Cape Town during apartheid. Spaces like Elsies River had six or seven cinemas, he said. Thousands of people would go to the cinema on a Saturday morning.

“This was a worldliness that was unavailable to the rest of Cape Town,” he said.

Pieterse commented: “The core of Premesh’s perspective on this, and the provocation that he continuously brings into the debate in the syndicate, is that it’s in the mundane spaces of everyday life within the township that we’ve got incredibly rich and productive capacities for imagination, desire and transcendence.”

How then could public infrastructure be reimagined to create a city that is both integrated and connected to these alternative histories within the city?

Imagine if we placed a moratorium on sprawl for the next decade, Pieterse said. This would mean no more public housing built on the outskirts of the city. Instead, we would look to the underutilised and neglected public spaces in the city.

“So imagine the fences go down, the [unused public school] sports field … repurposed with two- to three-storey walk-ups of public and rental housing. You insert into that laundromats, workshops, repair shops, early childhood development centres.”

There is immense potential in the city, given the institutions and the lands that we have, he said.

How to promote inclusionary housing

But in planning development, it is essential that one uses the correct data sets. This has been shown to be a significant issue during Kumar’s work in promoting inclusionary housing in the city.

The information collected through community organisations and civil society groups differed vastly from data sources such as Statistics SA. These sources do not reveal how areas are really operating, or the wishes of the people who are living and working there, said Kumar.

He referred to the Philippi horticultural area, by way of example. This area is surrounded by approximately 15 shopping malls.

“But what the Cape Flats civics are actually asking for is cultural amenities, socio-economic amenities, and that is not actually being factored into the development process at all.”

So why do developers insist on building malls?

This is influenced by a number of factors, said Kumar, including how landowners and developers determine the commercial value of a property.

Land in the Cape Flats is relatively central in the context of the city, Kumar explains. Philippi, for instance, now sits between Khayelitsha and the CBD.

“So the centrality of these particular parcels of land make massive commercial sense,” he said. But these developments do not respond to the city’s other imperatives.

“In the context of the Cape Flats, what civics have been struggling with are issues around crime, safety, cultural amenities and all those kinds of things, but developers have cornered the market because the land is available at a cheap price.”

The interventions like this result in pervasive gentrification. This, in turn, leads to further sets of removals to the periphery.

We feel very self-satisfied when we ‘like’ a critique of gentrification by Reclaim the City, but at the same time, we are so happy there is a Biscuit Mill, said Pieterse.

“It is that contradiction between our own desires, our own yearning for the kind of creativity that is embedded there, along with a political rectitude that, I think, disallows us from really engaging with these dynamics …

“Let’s be clear that change comes about through specific sites, through specific people, but we have to be able to think that in relation to the city as a whole. And that is what I think has been missing from our discourse.”

Decolonising art is about a ‘politics of recognition’ Decolonising art practice, theory and art schools is the focus of the 49th issue of OnCurating, co-edited by alumnus and Michaelis Galleries curator Nkule Mabaso. 18 May 2021

Tips for success from UCT alum and MTN’s CEO and president During a recent Zimbabwe Society event, UCT alumnus and MTN Group president and CEO Ralph Mupita shared lessons for student and work life. 18 May 2021

Minister Nzimande pledges help to UCT library, students after fire Visiting our fire-damaged upper campus, the Minister of Higher Education, Science and Innovation promised help and cooperation to UCT Libraries and to students. 18 May 2021 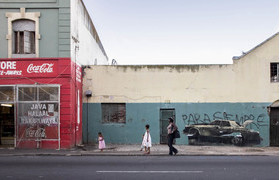 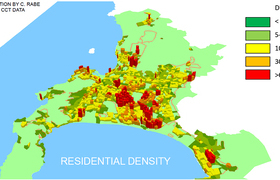 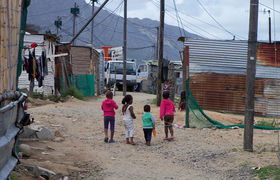