Professor Corné van Walbeek is part of a multinational team of researchers, led by the University of Stirling in the UK. The consortium has been awarded £3.4 million from the Global Challenges Research Fund (GCRF) Research Councils UK Collective Fund to reduce tobacco-related harm in Africa and Asia. The project is housed at the Southern Africa Labour and Development Research Unit (SALDRU).

With almost 80% of the world’s one billion smokers living in low- and middle-income countries, the aim is to decrease smoking rates and curb tobacco-related harm in these regions. The World Health Organization (WHO) estimates that about seven million people die prematurely from tobacco-related diseases annually.

Global epidemiological studies show that smokers have a 50% chance of dying prematurely.

“Half of those who die prematurely die before 69,” said Van Walbeek. “Epidemiologists estimate that, on average, if you die of a smoking-related disease you’re dying 10 to 12 years earlier than you would have.”

Bauld, who is Cancer Research UK’s specialist on tobacco control, said: “As smoking dwindles to a minority activity in the UK, the number of smokers is still increasing elsewhere. Smoking kills more people every year than HIV, tuberculosis and malaria combined. By 2030 it’s predicted that more than 80% of tobacco-related deaths will occur in low- and middle-income countries.”

She said that the tobacco epidemic advanced in the developed world, where smoking rates skyrocketed in the first 60 years of the previous century.

“It took us many years to work out how to bring them down; through research, advocacy, communicating health risks and introducing evidence-based policies. This funding will allow us to work with countries that are now at the forefront of efforts to combat the world’s biggest preventable causes of death.”

The aim of the new project is to produce research that will inform tobacco taxation, tackle the black-market trade in tobacco and target tobacco companies’ efforts to undermine governments’ attempts to reduce smoking in their countries. At UCT, this work will be underpinned by postdoctoral research fellow Ernest Ngeh Tingum from Cameroon.

Local statistics show that smoking prevalence has been decreasing consistently over the past two decades. In South Africa today, less than 20% of adults (over the age of 15) smoke. In the 1990s the figure was one in three. Although the numbers are still dropping, the rate of reduction is diminishing, said Van Walbeek.

Though health warning and campaigns have played a part, economics is key.

“The rates dropped massively in the 1990s when the government greatly increased the excise tax. In the past, prevalence was skewed towards the poor, but now the prevalence is very similar across the various socio-economic groups of the population. However, the intensity of smoking (ie the number of cigarettes smoked per smoker) is higher among the rich than the poor.”

“However, the intensity of smoking (ie the number of cigarettes smoked per smoker) is higher among the rich than the poor.”

With the bad reputation attached to the tobacco industry in Africa, from corporate espionage and social patronage to racketeering and other illegal activities, Van Walbeek believes that sound research on different aspects of the economics of tobacco control in the region will help governments in Africa to implement better strategies.

Much of this work is done by Van Walbeek and colleagues at UCT’s Economics of Tobacco Control Project (ETCP) in SALDRU in the School of Economics. Van Walbeek has been working on the economics of tobacco control at UCT for 17 years.

“Ours will be a more global role to support governments in countries that want to implement better tax regimes on tobacco by providing them with all kinds of technical assistance,” said Van Walbeek.

“At the moment, we have 10 economists working either part-time or full-time on the project, so there’s been a massive expansion. Although the current focus is on Africa, through the Knowledge Hub, we want to have an international focus.”

The ETCP was nominated by the national Department of Health to establish a Knowledge Hub on tobacco taxation and illicit trade, on behalf of the WHO’s Framework Convention on Tobacco Control Secretariat. The nomination of the ETCP team to fulfil this role was primarily due to the team’s extensive experience in the economics of tobacco control, dating back to the mid-1990s.

“If you look at smoking statistics in high-income countries, it’s clear that tobacco legislation and tax interventions are working. With countries like Australia, the UK and parts of the US having become aggressively anti-smoking, many European countries are following suit. Smoking is becoming unfashionable, even in a tobacco ‘stronghold’ like Turkey.”

But countries where smoking is increasing are nearly exclusively all lower- and middle-income. Of the top 25 countries in this bracket, 17 are in Africa.

“In some countries tobacco is still a very aspirational product. Smoking is strongly dependent on income. If income goes up, people tend to smoke more.”

Coupled with promises of foreign investment and corporate social responsibility projects, this makes it easy for tobacco multinationals to get a foot in the door in developing countries. Sound research on the cost of tobacco-related harm in these countries is vital.

“The tobacco industry is strongly opposed to many of these tobacco control interventions because they’re in it for the money. But their product kills its consumers.” 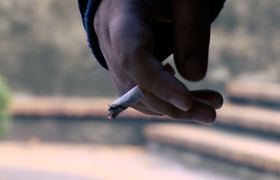 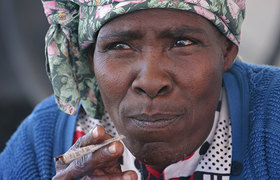