The purpose of the #KnowYourNeighbour campaign was to remind students of the importance of interacting with the people that surround them, particularly their neighbours.

Posters shared on social media encouraged students to chat to their neighbours, take a selfie with them, put up an interesting caption and share on social media with the hashtag #KnowYourNeighbour to win a prize.

The subwardens from second- and third-tier residences later also adopted the #KnowYourNeighbour campaign with the aim of promoting peer support. The campaign aims to address how mental health is handled in residences. The intention is to get the Residence Council to engage with university management to put systems in place to help students deal with suicide-inducing problems.

Stigma and bias shame us all

According to Tshegofatso Putu, SRC residence chair, on average, one in every four students at UCT suffers from a mental illness. The stigma and misconceptions around mental illness make many people hesitant to come forward and ask for help. Putu added that this is accompanied by a lack of understanding and a general lack of awareness of mental disorders.

The stigma attached to Liesbeeck Gardens because of the number of student suicides over the years motivated the house committee to start the #KnowYourNeighbour campaign.

“This new house committee is determined to assist in changing the narrative of the residence. They started the campaign to promote community in the residence,” says SRC residence chair, Tshegofatso Putu.

UCT tries to provide care for students in the form of wardens, who act as guardians to all students in the residence in the event of an emergency, and counselling through Student Wellness. House committees in residences organise numerous activities throughout the year in order to maintain a balanced residence experience. 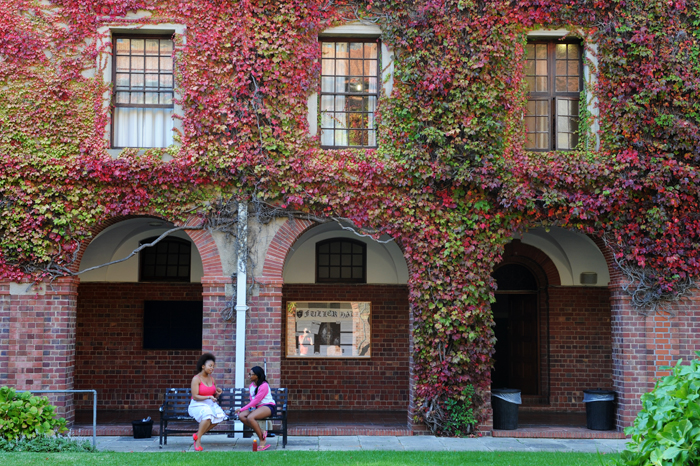 This is your chance to reach out!

The numerous discussions surrounding mental illness and isolation in residences has been driving the SRC's focus on residences. The fact that a quarter of UCT students live in residences lent the SRC campaign greater reach and bigger impact.

“There has been a series of suicides and assaults in residences this year. There is much outcry regarding safety and assistance for emergencies in residences. This campaign was a response to the need for the spirit of community and looking out for each other,” says Putu.

Although the selfie competition was directed at residence students because of the ease of administration, non-residence students have also been encouraged to get to know their neighbours. The campaign has been well received by students and has raised awareness about the importance of community in the residence system and in the UCT community at large.

“The campaign raised the issue about isolation in residences and how communities should go about assisting to make their residence more accommodating for everyone,” explains Putu. “We had many students sharing posts about the campaign and a poster reach of well over 12 000 people from social media within two weeks.”

The winner of the selfie competition will be announced shortly – the SRC and Residence Council are in the process of getting all the entries from social media.

“The reach of the hashtag has been incredible. Many students wrote to tell us about what a great initiative it was and that they hoped that it would be done earlier in the year next year so that neighbourly relationships are fostered earlier,” says Putu.

Putu concluded: “The campaign was more than the selfie competition. The competition aimed to raise awareness about isolation in residences. The competition and the selfies were a great way to get people involved and thinking about the necessity and the importance of knowing their neighbours.”