Leadership is the key to sustainability in Africa

The programme was developed within the newly launched Centre for Sustainability Leadership at Strathmore University, Kenya, in partnership with UCT and Cambridge University.

Also participating in the programme was Anton Cartwright, from UCT's African Centre for Cities, who helped facilitate discussions on topics that ranged from the role of finance and investment to case studies in change management.

The inaugural ASL programme targets business leaders in sectors ranging from fast-moving consumer goods, banking and telecommunication to manufacturing industries in East Africa. It is aimed at leaders who have the power to take action within their sphere of influence.

It is also aligned to the United Nations Sustainable Development Goals (SDGs), which require the private sector, civil society and government to meet targets set over the next 15 years. The SDGs are aimed at ending poverty, protecting the planet and ensuring prosperity for all as part of a new sustainable development agenda.

The event in Nairobi, from 21 to 23 March 2016, drew in representatives from the likes of Unilever, Safaricom, Deloitte, the UN Global Compact Kenya and the Nairobi Securities Exchange. 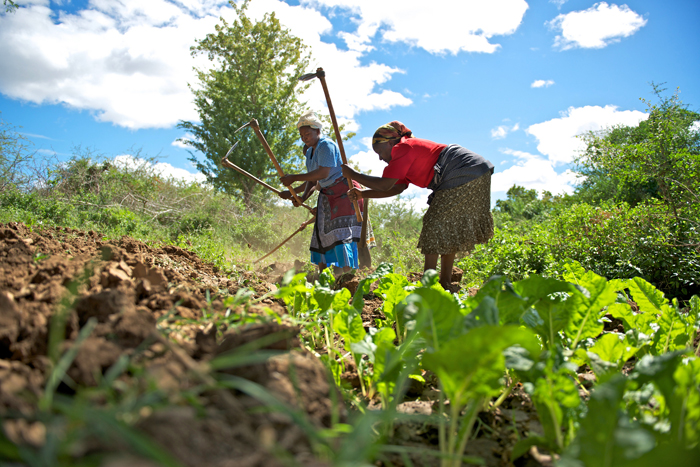 Women work in a field in Kenya as part of a project aimed at small farmers. Climate change is one of the biggest challenges facing East Africa. Image courtesy of Annie Bungeroth/CAFOD via Flickr Creative Commons.

Climate change on the agenda

Underpinning the programme is climate change, the “greatest threat to sustainable development of our times,” according to Calland. “It is a challenge of unprecedented scale, urgency and complexity.”

In his view, however, there is cause for optimism. The latter half of 2015 saw several international agreements that are needed for collective action. These included:

However, to give impetus to these agreements, leaders need support and information.

Calland says: “They need to be armed with the relevant knowledge and information – both about the nature and character of the problem, and also about solutions.

“All around the world, inspiring case studies can be found that reveal how 'business unusual' can not only shift the development pathway towards a far more sustainable and resilient course, but can create new opportunities.

* A follow-up session takes place in Nairobi in November 2016 and targets middle and senior leaders in business, government and civil society.