An international team of scientists, including UCT's Professor Renée Kraan-Korteweg, has made a groundbreaking discovery by peering through the Milky Way with a radio telescope to discover hidden galaxies beyond. The study involved researchers from Australia, South Africa, the USA and the Netherlands.

Hundreds of hidden nearby galaxies have been discovered for the first time, shedding light amongst others, on a mysterious gravitational anomaly dubbed the Great Attractor. Despite being just 250 million light years from Earth – very close in astronomical terms – the new galaxies had been hidden from view until now by our own galaxy, the Milky Way.

Thanks to the 64m Parkes radio telescope located in New South Wales, Australia, which was equipped with an innovative receiver that scans the sky 13 times faster than before, the scientists were able to survey this hidden part of the universe.

“Even so, the data gathering went on for various years,” said Professor Renée Kraan-Korteweg, Chair of Astronomy at UCT.

Kraan-Korteweg, and her close collaborator, Dr Anja Schröder at the South African Astronomical Observatory (SAAO), are among the lead authors of an article on the topic published in the Astronomical Journal on 9 February 2016.

They worked with first author Professor Lister Staveley-Smith, from the University of Western Australia node of the International Centre for Radio Astronomy Research (ICRAR).

The discovery may help to explain the Great Attractor region. The Great Attractor is a diffuse concentration of mass 250 million light years away, that appears to be pulling our galaxy, the Milky Way, and hundreds of thousands of other galaxies towards it at a rate of two million kilometres per hour.

The team found 883 galaxies, “About half of which had never been seen before,” said Schröder, who scrutinised all available multi-wavelength imaging data for possible counterparts. 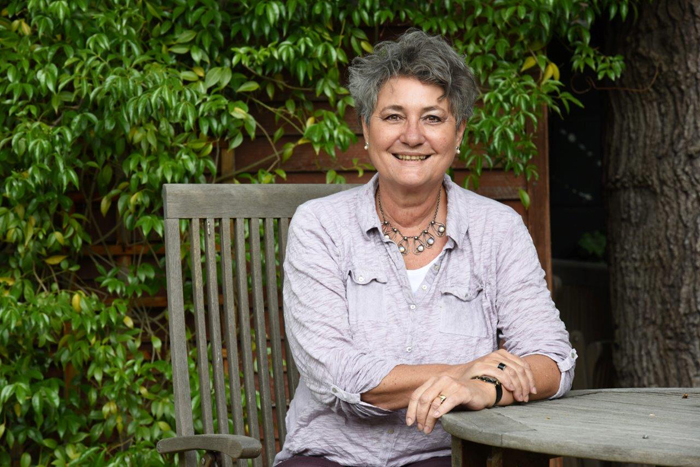 Professor Renée Kraan-Korteweg, Chair of Astronomy at UCT, who was part of the team to make the discovery of hidden galaxies beyond the Milky Way using radio astronomy. Photo by Michael Hammond.

Kraan-Korteweg, who is internationally recognised as leader in unveiling the galaxy and mass distribution behind the Plane of the Milky Way, said astronomers have been trying to map the galaxy distribution hidden behind the Milky Way for decades. It has been a focus of her research over the last 25 years, and she has involved numerous students (notably at UCT) in this type of research.

She said: “We've used a range of techniques, including telescopes at the SAAO, but only radio observations have really succeeded in allowing us to see through the thickest foreground layer of dust and stars in the inner Milky Way. An average galaxy contains 100 billion stars, so finding hundreds of new galaxies hidden behind the Milky Way points to a lot of mass we didn't know about until now.”

Kraan-Korteweg mentions that such systematic surveys with radio telescopes are in a sense precursors to the much deeper surveys for neutral gas planned with the Square Kilometre Array (SKA) precursors, such as MeerKAT.

Both Kraan-Korteweg and Schröder have been involved in this project since its inception in 1997. This included regular observing runs over many years with the Parkes radio telescope, data reduction, the actual search for signatures of the galaxies in the data, and presenting preliminary results at international conferences.

Both were in charge of  preparing major parts of the paper and are working on follow-up analysis, in particular using near-infrared data obtained with the SAAO IRSF (Infrared Survey Facility) using the motions of the detected galaxies to get better estimates of the overall mass density in the nearby universe.

Animation showing hidden galaxies discovered in the 'Zone of Avoidance' from ICRAR on Vimeo.