The recent student demonstrations nationwide are of concern to us all. In many instances these protest actions bring focus to critical issues affecting the higher education arena and this is important. Most times the protest actions are within the parameters of the law as protestors exercise their constitutional right to freedom of expression, whilst respecting the rights of others.

At some campuses however, we have seen unacceptable and illegal behaviour on the part of individuals or groups that have interfered with university business and, in some cases, have disrupted classes or access and have caused the institutions to close for a period of time. Such actions infringe on the rights of others who wish to continue with their work.

I am writing to encourage all who participate in protest actions to remember that freedom of expression is both a right and a responsibility. While the University of Cape Town will always protect anyone's right to lawful protest, we also value and protect the rights of those who do not participate or who hold different views. I appeal to all students and staff to behave respectfully towards one another, to bring their views over with intellectual rigour, debate and creativity, but to refrain from threatening, violent or unlawful behaviour. As students and staff of this institution, the power to change the institution and broader society rests with us. In fact, it is our responsibility. We should give effect to this in a lawful manner.

We have been informed that protest action opposing fee increases is being arranged for Tuesday this week on our campus, following the actions at Wits late last week. Herewith a few important points of fact related to fees and financial aid to students at UCT.

Recognising that higher education is one of the most effective interventions to lift people out of poverty and increase their earning capacity, the poor in particular should not be prevented from accessing public universities through unaffordable fees. We are committed to ensuring that our fees are never an obstacle to poorer students. We have achieved this through allocating about 12% (R125 million) of all the fees we raise to topping up the National Student Financial Aid Scheme (NSFAS) allocation. As is well known, the NSFAS allocation falls far short of the need – and results at other universities in thousands of students being turned away, or being excluded financially because they cannot pay their fees.

UCT has largely solved that problem through cross-subsidising poorer students from the fees paid by wealthier students. We are fortunate to attract a majority of students who can afford the fees, and so the government subsidy that would have been allocated to them is instead allocated to the financial aid that supports poorer students. If the fees were lower, there would be significantly less available for financial aid. We also raise a further R200-R300 million from corporates, alumni and foundations, which, together with NSFAS, generates about R500 million annually to ensure that no student is turned away on the basis of affordability.

UCT offers two types of funding programmes: financial support for those below the NSFAS income threshold; and GAP funding, which provides financial relief on a sliding scale for families who are above the NSFAS Means Test, and therefore not eligible for NSFAS support but whose family income is less than R550,000 per annum. In effect this means that UCT fees are on a sliding scale, pro-rated to household incomes up to R550,000 (in 2015) and possibly R570 000 (in 2016). The largest group of students is in the lowest bracket (no family income), and will receive financial aid of up to R100,000 while only paying approximately R1,250 themselves. This covers tuition and accommodation, food and books.

Because of the wide financial assistance provided by UCT to poor students, the increase in fees has almost no impact on the fees that poorer students must themselves pay, since we increase the financial aid to cover the full fee increase.

Even though we are protecting poorer students from the impact of above-inflationary fee increases, we still need to justify those increases and scrutinise our costs. For the last few years, UCT's block grant from government has increased by about 3% annually, while our average costs, largely due to inflation including salary increases, have increased by 7% to 8%. In other words half our income is increasing at 4 to 5 percentage points below UCT's inflation.

The only way we can balance the books without compromising both quality and access (which would happen if we reduced the allocation to financial aid) is by increasing the fees by the same amount above internal inflation, i.e. 4% to 5%. This is why we argued for an increase of 11%. The Student Representative Council (SRC) participated in the budgetary analysis and understood the pressures and the need for an 11% increase, but argued that we should, if necessary, cut back on the budget. The SRC supported a compromise proposal of 10.3%, which Council accepted at its September meeting.

A critical point to note when comparing UCT's fees to other universities is that, unlike most other universities, UCT ensures that its fees are all-inclusive: we do not charge additional fees for items such as transport, fieldwork costs, internet or wi-fi access, lecture notes levies, laboratory fees, PC lab access fees and instruments costs. UCT's published tuition fees pay for everything, including a first-rate library service, accident insurance, basic health care and the use of the university transport service.

This year's protest actions on campus about outsourcing, worker rights, student access and other issues have been heated by the anger many feel about poverty and inequality in South Africa. UCT is acutely aware of rampant inequalities experienced by South Africans, including many of our own students and staff members. We stand with those who want to fight against poverty and inequality, and we bring considerable intellectual and research resources to bear on the problem, such as the Vice-Chancellor's multi-disciplinary Poverty and Inequality Initiative.

With respect to the fees debate, it is critical that student fees are kept as low as is feasibly possible. It is also important that students and university management work together to assist government in the critical role it plays in addressing this national challenge. 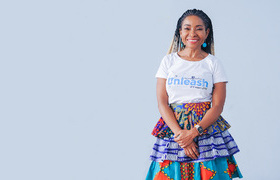