How green is (y)our campus? 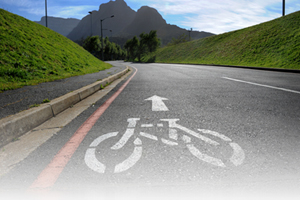 UCT has reduced its greenhouse gas emissions over the last six years, and its total emissions last year were lower than the international benchmark, but there is still more work to be done to make UCT greener.

UCT has certainly made strides in the area of sustainability, and has detailed this progress in two carbon footprint reports - one in 2009, and another in 2012 - to "measure, monitor and mitigate" its carbon footprint.

The university's total emissions in 2012 came to 76,704 tons of carbon dioxide equivalents per year (CO2-eq/yr), compared to 84,925 tons CO2-eq/yr in 2007. This is despite a 17.3% increase in the campus population - of both students and staff - and a correspondingly larger infrastructure, including an increased floor space.

Electricity accounts for 72.3% of the university's emissions, and remains the greatest contributor to UCT's carbon footprint. Electricity consumption's contribution of 68,300 tons CO2-eq in 2007 (80% of emissions) was reduced by 12% in 2012. The greatest reduction in electricity occurred for Main Campus, which reduced by 22.3%, while the Breakwater Campus and the Health Sciences campuses reduced their electricity consumption by 10.2% and 6.5% respectively.

"This reduction in emissions is due in part to retrofitting with new energy-efficient technology," reports Sandra Rippon, an independent sustainability consultant employed by UCT's Property and Services department to compile the report.

The second-highest contributor to UCT's emissions total is staff and student transport (14%), followed by food production (7.4%). Compared to 2007, the transport emissions have reduced slightly, by 1.4%; however, the population has increased by 17% since then, so this result reflects a substantial reduction in emissions. The Jammie Shuttle's total carbon emissions in 2012 came to 1,079 tons CO2-eq, compared to 802.8 tons CO2-eq in 2007.

One of the ways the university is trying to wean both staff and students off their dependence on their cars is through Ridelink - a carpooling scheme. The project was started by the Green Campus Initiative (GCI) student movement, but the university administration soon realised the project's sustainability potential and partnered with GCI, contributing to the development of software as well as infrastructure. (The software helps those who want to be part of a carpooling scheme find people in their area to carpool with.) The infrastructure came in the form of preferential parking for 60 cars. Each car must transport a minimum of three people to qualify for preferential parking.

In the cycling arena the university still faces many challenges, although recently (July 2013) some road markings have been painted and signage has been installed. UCT has bought 200 bikes for use in its bicycle rental initiative, called Jammie Bikes. To date the project has not been launched, due to a lack of bicycle infrastructure. The implementation of this infrastructure has experienced delays, and road markings for bikes will need to be redone. Also, the sites for bike parking have not been finalised nor bike parking stations installed.

A carbon footprint report is one of the ways the university hopes to promote sustainability on campus. In 2012 UCT Vice-Chancellor Dr Max Price signed the ISCN-GULF Sustainable Campus Charter. It is the latest in a list of international and internal commitments to sustainability undertaken by the university. As a participant in the Global University Leadership Forum (GULF), UCT must aim to advance programmes like the International Sustainable Campus Network (ISCN), which provides a global forum to support leading universities in the exchange of best-practice models for achieving sustainable campus operations, as well as in integrating sustainability in research and teaching.

In the carbon footprint report, Rippon relates that signing the ISCN/GULF Charter "commits an institution to setting their own, concrete targets against shared charter principles, and reporting transparently on progress against those targets".

Another strategy involves the recycling of waste. In 2012, 60% (892 tons) of waste was recycled. The university hopes to increase that to 70%. Solid waste management has been one of the more successful initiatives at the university. It has been driven by the GCI, working in partnership with Properties and Services. Initially a four-bin system was operated, but it was simplified; since last year the university has been making use of a two-bin system.

A total of 595.1 tons of CO2-eq for non-recycled waste was reported in 2009, compared to only 109.73 tons for 2012, a significant reduction, of 81.5%. Rippon explains that this is due to "behavioural change brought about by the awareness-raising efforts of GCI and the provision of infrastructure by Properties and Services".

Lastly, the university's commitment to sustainability is evident through the many courses and research groups engaged in sustainability research. For example, the university's carbon footprint study has become part of the curriculum for a third-year information systems course, and data for the carbon footprint report was gathered by these students.

Rippon says that since the first carbon footprint report was completed, a number of positive developments have occurred: access to data has improved; data holders have demonstrated greater understanding of the process, and been more co-operative on the whole; and there have been improvements in the monitoring of electricity consumption, via the use of web-based digital meters.

"Through this practice of carbon footprinting, UCT has shown leadership among higher education institutions in the South African and African context. The aim is to produce a carbon footprint report on an annual basis, with increasingly refined methodology and more accurate measurement of the total footprint, to measure progress on the reduction of carbon emissions," Rippon concluded.