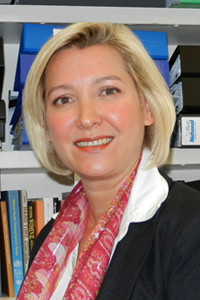 Science' and 'advocacy' are two terms not often associated with each other. Some argue that the two should be completely divorced: science is the objective, systematic and testable study of 'things', while advocacy is thought to be 'motivated' and pre-determined, even specious in its supposed subjectivity and inclination towards pragmatic reform of social policies, projects and interventions.

Significant criticism has been levelled against certain (largely social science) research that aims to use 'evidence' to shift human rights law and discourse.

Evidence-based advocacy is often misinterpreted to mean 'policy research', which has been viewed as something less academic and atheoretical than conventional scientific research. In turn, policy research is considered something for the state, rather than about the state, and is thought to be too closely allied with state or lobby-driven research priorities.

There are, of course, justifiable cautions against evidence-led policy reform research, where researchers tread the delicate line between being policy-led technicians of reform, and building sound evidence that may promote social change. Within these tales of caution is a heightened concern over 'subjectivity' and lack of rigour. Also inherent in this contention is that policy work is devoid of critical analysis. Yet there are many examples of how scientific evidence has supported policy development, and contributes to transformation and social change. There are ample examples of this at UCT. Pioneering research focusing on children's rights, the environment, land redistribution, labour, women's equality and gender-based violence, access to health care, social development and poverty alleviation, education, HIV - just to name a few - have had immeasurable and lasting impact on social justice policies in South Africa. They reflect 'socially responsive' scholarship, in which research, social policy reform and nation [re]building become interdependent and mutually reinforcing projects.

Reflecting for a moment on the work of the Gender, Health & Justice Research Unit - an interdisciplinary Unit in the Faculty of Health Sciences that conducts progressive research on access to health and justice services for survivors of gender-based violence as well as violence prevention - I am continually challenged about whether our reform-minded tendencies remain outside of what is considered critical, scientific and theoretically-grounded scholarship. We have deliberated at length whether research aimed at the reform or development of social policy is intrinsically 'motivated', and whether it can contribute to theory-building as well as promote democratic accountability.

Yet we are also swayed by the notion that given the extraordinary levels of violence against women, we do not have the luxury of positioning the 'theoretical vs. the pragmatic' nor juxtaposing epistemological projects with socially transformative ones.

Part of our research and (evidence-based) advocacy has included(re)shaping notions about how the state should respond to crime and violence, about shifting social and cultural conceptions of violence, as well as providing concrete illustrations of women's structural inequality in relation to it. Empirically rigorous critique has also been necessary in order to hold the state accountable, not only in terms of law and policy reform, but in ensuring its enforcement through monitoring research.

Our 'science' has contributed to crucial debates surrounding the substance of the law and policies, as well as how violence against women is defined and responded to. We have used our research to provide the state with compelling arguments for the need for critical changes in the treatment of victims of gender-based violence.

Our research has also supported the drafting of legislation, monitoring its implementation and efficacy, submissions to government departments about the handling of cases, training of criminal justice and health practitioners, and public interest litigation; all to ensure that women's constitutional right to be free from violence are realised in law, social policy and in practice. We have done this through empirically-based statements about the reality of women's lives and their engagement with criminal justice and public health services.

For the unit, scientific research and advocacy have been compatible projects. We have seen how ethnographic research with women in prison has made some impact on prison conditions for women, as well as on the gradual implementation of the UN Rules for the Treatment of Women Prisoners and Non-custodial Measures for Women Offenders (the Bangkok Rules); we have illustrated that monitoring the implementation of the Domestic Violence Act has decreased the attrition of cases in the criminal justice system and improved access to justice in some districts; we have seen how evidence-based socio-legal submissions to government have completely reformed the law on sexual offences; and we are starting to see the gradual domestication of the UN Convention Against Torture (UNCAT) in South and East Africa, through the creation of instruments to assist these states in implementing these international norms and obligations.

We are not only starting to witness how evidence-based efforts to reform legislation, policy and approaches to violence prevention are instigating and building theoretical and social discourse on crime and violence; we are gradually demonstrating that research can be both rigorous and transformative.