If pain is such a problem for people living with HIV, why is it not being treated? asks Romy Parker 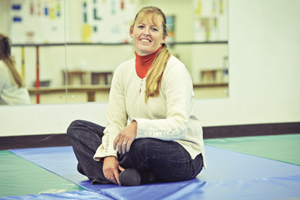 Many of us are aware that South Africa has the largest HIV+ population in the world. In recent years, our Department of Health has responded well to the needs of people living with HIV/AIDS with an impressive ARV-rollout programme. However, while ARVs might be decreasing the number of deaths from AIDS, these medications do not fully restore quality of life to those living with the virus.

Even with treatment, pain remains one of the most common symptoms for people living with HIV or AIDS, both in those continuing to live full, productive lives and in those battling with severe illness. Living with pain not only decreases quality of life, but also has an impact on a person's ability to function, concentrate, learn, and participate in society (both as a member of a family and as a worker). In a review of the literature, the first systematic review on pain in HIV/AIDS, we found that 50% of people living with HIV/AIDS have pain. When we explored the types, sites and causes of the pain reported in the literature we found some surprising results. The pain experienced by people with HIV is moderate to severe. This means pain bad enough to interfere with function and with our ability to interact with people. People with HIV/AIDS also experience pain all over their bodies, from headaches to backaches, abdominal pain, foot and hand pain. And in terms of causes, the literature was consistent in reporting that there were no relationships between any of the disease markers and having pain. For example, having a worse CD4+ count didn't mean there would be worse pain; nor was pain associated with any specific ARV medications, or with specific opportunistic infections. Of particular concern in all the studies reviewed was that the pain was not being treated - patients continued to suffer in silence, with treatment focusing on ARVs and keeping the virus and infection under control.

The systematic review of the literature highlighted the lack of research on women living with HIV - an important gap, especially considering that HIV/AIDS is having a greater impact on women than on men in South African society. There was also very little research exploring pain in different South African populations. So we conducted a cross-sectional study in a group of amaXhosa women living with HIV/AIDS and receiving treatment at a community health centre in the Cape Town metropole. We interviewed over 200 women for this part of my PhD, and found that 74% had pain. Our findings were remarkably similar to those in the literature we had reviewed. There were no relationships between any biological disease markers and pain; rather, pain was associated with psychosocial factors like having less education, and depression. We also found that only two of the women who had pain were receiving the appropriate medication for their pain. Many were receiving mild painkillers, but the majority were receiving no treatment for pain at all.

Why, if pain is such a problem for people living with HIV/AIDS, is it not being treated? Many barriers to treatment have been raised and discussed. Sometimes the barrier originates with the patient. Patients may not tell their carers that they have pain, either because they don't want to bother them when they know they are already overworked, or because they haven't realised that treatment might be an option. The barrier may originate with the carer; sometimes carers don't assess for pain. The straightforward question â€œDo you have any pain?â€ is an essential one, which if not asked, results in information being lost, as it may not be volunteered. And after these issues, one of the biggest barriers to treating pain in this group is that the medications that we have to treat pain have not been found to be effective in HIV/AIDS patients. The arsenal that we have simply doesn't work when it is provided.

The inadequacy of medication in treating pain in people living with HIV and the fact that this pain does not seem to be related to disease markers means that we should consider a different approach. In the final part of my PhD we developed and tested a non-pharmacological intervention to manage pain in people living with HIV/AIDS. Recognising that pain is biopsychosocial - in other words, that the pain experienced can be generated and influenced by biological disease events, psychological events and social events or factors - we designed a peer-led exercise and education intervention to treat pain. This approach has been used in many other chronic diseases such as diabetes and arthritis, and our view was that now that people are not dying from HIV, we should be approaching the condition as we do any other chronic disease. We found that the women who took part in this study had a significant reduction in their pain, and this reduction lasted for 4 months. The women were provided with educational material which encouraged them to exercise, set goals, and become active participants in their health care. Many questions still remain to be answered, but at this stage it seems that we have found a potentially effective and acceptable method of treating pain in people living with HIV/AIDS. What is really exciting is that this method doesn't require fancy equipment, medicine or special clinics. Moving on from here, we want to test this in a broader group of men and women in both rural and urban communities across South Africa.