Cape Town Globalist looks at the 'news behind the news' 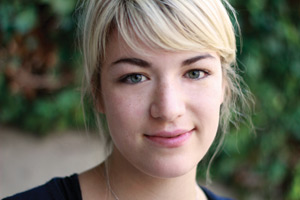 The boss: The Cape Town Globalist editor Anneke Rautenbach speaks about the magazine's role in a UCT student's life.

The Cape Town Globalist has published its third and final edition for 2012; and as usual, the student-run magazine is packed with sharp analysis of (mostly) international affairs. The publication is part of a network of similar publications at universities worldwide called Global21.

Monday Paperhad a word with its editor, Anneke Rautenbach:

MP:What's the role of the Globalist in the UCT student's life?

AR: As students, it's very easy to get overwhelmed with information, especially regarding things like politics and economics. It's difficult to know who to believe and who to trust. The aim of the Globalist has been to act as that voice for students; it is written by and produced by students you know and trust. We want to build a reputation for being trustworthy. Our absolute priority is quality. It's quality research from various angles, the news behind the news.

MP:Why should students be aware of what's happening in the world around them?

AR: I think that it is so important. Nothing means anything if you don't have the context, if you don't know what you're working towards. You need people who are able to look at how the machine is working as a whole, and judge - say, if there's a disaster coming up - whether we're repeating the same mistakes.

AR: They are mostly undergrad humanities students, although we do have a few postgrads. It's people studying history, politics, economics, economic history... a lot of them are interested in careers in writing. 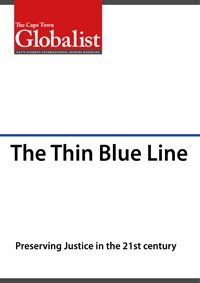 MP:Highlights in the latest edition?

AR: There's a Q&A with Andrew Brown. He's a practising advocate and an activist. He's a reservist policeman, so he does the Mowbray beat on Friday nights after his week in court. He's also a writer, so he's written crime fiction and he's written a book on his experiences as a reservist policeman, called Street Blues, which was shortlisted for the Alan Paton Award in 2009. We always have a section called the Armchair Globalist, which exists to explain a concept, or something that's been in the news that, maybe, [readers] aren't quite sure what it means. This one has to do with the arms deal. It's one of those things that are flying about, and many people aren't really comfortable with their knowledge about it.

MP:Why should people read the Globalist?

AR: I think they should read it because a lot of work has gone into it, and it's their fellow students - very talented students - writing, doing research, taking photographs and laying it out. If for nothing else, they should just take a look at what students are doing and feel proud of UCT. It's also a way for students to apply what they're learning in their textbooks and in the classroom in a wider social sense and give them a sense of urgency and purpose in the world.