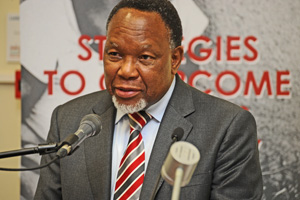 On the right track: Deputy President Kgalema Motlanthe has commended the Carnegie 3 conference as a positive step towards the eradication of poverty and inequality.

The Carnegie 3 conference, hosted at UCT from 3 to 7 September, gave a much-needed and timeous ray of hope that poverty and inequality can be tackled in South Africa, and that there are those committed to do the tackling.

Provided, of course, that all role-players can put aside their differences and work together.

In his address at the closing session of the event, better known as Strategies to Overcome Poverty and Inequality: Towards Carnegie 3, deputy president Kgalema Motlanthe vowed that government would play its part.

Among others, Motlanthe told delegates that government will seek to strengthen collaborations with higher education institutions to harness new ideas and to innovate; work with all social partners, institutions and stakeholders to provide the social agency needed to facilitate economic opportunities; and to fast-track the provision of reliable and quality social services, including the economic, ICT and social infrastructure needed to facilitate opportunities.

He also promised to dismantle and correct apartheid spatial inequalities in bulk infrastructure, especially for closing the gap between urban, rural and farming communities; to empower citizens to lead the fight against poverty; and to hold the government accountable.

"It is with this collective vision in mind that we look forward to closer collaborations among all social actors in addressing our challenges," he said.

Motlanthe praised the conference as having a bearing on the collective consciousness.

"This process needs to be integrated into the meta-process of problem identification, policy formulation and implementation."