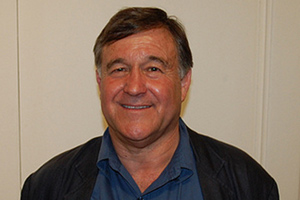 Missions are a'changing: According to Prof David Cooper's new book, The University in Development, emergent universities have a third mission.

The role of universities in modern democratic societies is hotly debated.

Traditionally seen as centres of teaching (first mission) and basic research (second mission), the pressures of operating within a neo-liberal paradigm have strongly encouraged universities to focus on developing skills and research that could fit into an industrialised labour market.

This is leading to an emergent university's so-called third mission of 'economic development', which UCT sociologist Professor David Cooper explores as an additional core function in his new book, The University in Development.

Launched in November last year, the seminal study analyses the complex relationship between universities and the rapidly changing world they operate in. In the book, Cooper argues that his third mission should be conceived more broadly: as 'socio-economic-cultural development'.

Cooper initially conducted in-depth investigations into 11 research groupings at Western Cape universities in 2000, with follow-up interviews in 2005 and 2007, and a final analysis in 2009, all to better understand the book's central concern: "how might universities unlock - more creatively and productively - the knowledge embedded in these research centres and units for, (and in mutual association with) wider society?"