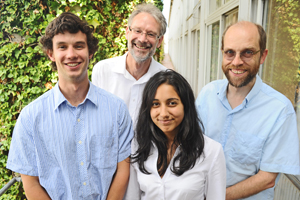 Other essay writers who brought it home for UCT were prize-winners in the recent Nedbank and Old Mutual Budget Speech Competition. Salma Kagee was named the winner of the best essay in South Africa award in the undergraduate section, and second and third prizes in the postgraduate category went to Carl Veller and Matthew Butler-Adam, respectively.

Veller also took UCT's annual Keswick Prize for Lucidity, awarded to a third- or fourth-year student in any technical field for the most lucid essay on that subject.