Birds on an island or two 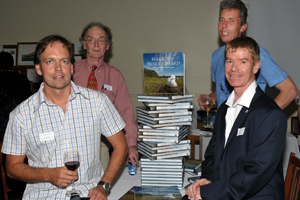 A number of UCT names can be found on the cover of Marion & Prince Edward: Africa's southern islands, the first coffee-table book on the history, beauty and conservation of South Africa's southernmost territories.

The book sets out to make the volumes of research on the islands more accessible to the layperson. For over 60 years, these inhospitable sub-Antarctic islands - lying about 1 400km south of Cape Agulhas, more or less halfway between Cape Town and Antarctica - have served as valuable outdoor classrooms for many of South Africa's most authoritative researchers, and their students.

Published by Stellenbosch University's Sun Press, Marion & Prince Edward is a collaboration between veteran researchers from UCT's Percy FitzPatrick Institute of African Ornithology (aka the Fitztitute) and the Centre for Invasion Biology (CIB) at Stellenbosch. The authors are the Fitztitute's Professor Peter Ryan; retired ornithologist and amateur historian John Cooper, formerly with UCT's Avian Demography Unit and currently a research associate at the CIB; Dr Aleks Terauds, an Australian researcher at the CIB; and CIB director, Professor Steven Chown. 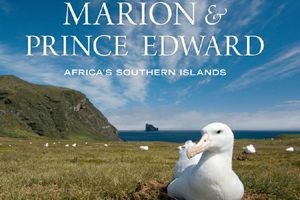 In addition, the book's illustrator, Elizabeth Poulsom, is a UCT fine-arts graduate.

Ryan and Terauds, together with Ryan Reisinger and Ben Dilley, were the principal photographers, working on the title since 2009.

Marion & Prince Edward tells of the islands' "fiery origins, their discovery and exploitation, the amazing animals and plants that live and grow there, and their current importance for research and conservation", write the authors in their introduction.