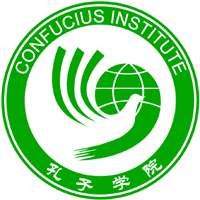 China has had its share of bad press, but if it does become the world's next economic powerhouse as many predict, a few words in Mandarin could come in handy.

And now that UCT is host to its own Confucius Institute (CI) - a process that's taken two years to complete - the university's students can get in on the act sooner rather than later.

As China rises as a world power, so, too, has interest in the country's language and culture. By last count, there were over 280 Confucius Institutes (plus a further 250 Confucius Classrooms) spread over more than 50 countries, from Argentina to Romania, and now, Spain and South Africa.

As is the custom with Confucius Institutes, UCT has been allocated a Chinese partner university, in this case the prestigious Sun Yat-sen University (SYSU) in Guangdong Province.

The UCT CI will offer not-for-credit and, in time, credit-bearing courses, including basic and intensive language courses in Mandarin. Examples of other future possibilities include short modules for business-science students on Chinese approaches to business, and special short courses for groups or individuals intending to visit China.

Plans are also afoot for a symposium on western-eastern philosophy, and possible courses on Chinese art and culture at the 2011 UCT Summer School. (Indeed, in the 2010 Summer School, several courses on Chinese language, brush-painting and the silk route will be on offer.) In addition, UCT will host visitors from other Confucius Institutes around the world.

Thanks to the financial support from the Chinese, academic exchanges for staff and students with SYSU and China in general are also in the pipeline.

For now, the institute is based at the Centre for Higher Education Development (CHED). This makes sense, as CHED works across the faculties and is also home to the Multilingual Education Project, which runs similar language-teaching initiatives across campus, explains Associate Professor Nan Yeld, who as dean of CHED will also take responsibility for the UCT CI until a director is appointed.

"Soon we'll be offering Mandarin to students in residences and to other students, as we do with isiXhosa," says Yeld. "So it fits quite well."

"UCT students are going to operate in a world where the emerging markets - China among them - are going to dominate, and on the African continent, where China plays a big role," says Beall. "If Africans are going to meet the challenge of engaging with the Chinese, then the more we know about them, the more we can communicate with them, the better."

The CI will be officially launched in January 2010.