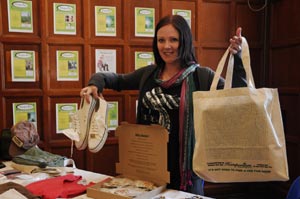 The Green Week campaign took another turn when different organisations showcased their wares and services at the Sustainable Living expo in the Molly Blackburn Hall on Wednesday.

While the number of participating companies dropped dramatically compared to last year - probably due to the economic meltdown - the organisers said the event had been worthwhile.

"So many people want to make a difference but don't know how," said Kimon de Greef, one of the Green Campus Initiative (GCI) organisers. "The companies exhibiting here give people a choice of what they can do to contribute in making UCT sustainable."

Exhibitors included Hemporium South Africa, which sells clothes made of hemp; and Ben Bicycle Empowerment Network, which encourages people to use bicycles for economic, environmental and health reasons. 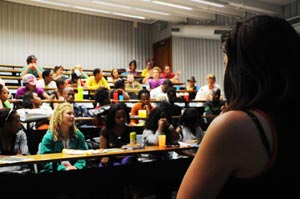 Meanwhile on Thursday some 100 environmentalists-in-the-making gathered at the Student Sustainability Workshop.

Part information sharing, part pep talk, the session allowed the GCI to lobby for greater student activism around global warming. One concern raised was that students were shrinking from doing anything for fear that they would make little difference to what is a global problem.

Not so, said the GCI's Lauren de Vos. So little is being done that students can make an immediate impact, she said. "You're setting the bar. Any achievement is a huge achievement."