Michael Jackson's skin: As clear as black and white ? 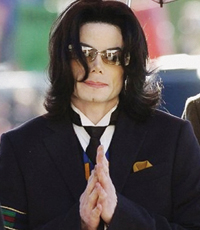 Through all the hype of Michael Jackson's passing, one of the facts highlighted was that he suffered from a skin disorder called vitiligo, writes Dr Lester Davids, researcher in UCT's Department of Human Biology.

The skin comprises upper (epidermis) and lower (dermis) layers that are tightly joined to one another, and functions to protect the body against injurious harm. Being the body's largest organ, the skin also has an important role to play in keeping the body hydrated and germ-free. Cells in the upper layer, called melanocytes, produce a pigment (melanin) that is transferred to the neighbouring cells, called the keratinocytes.

Together, these cells spread out the melanin pigment throughout the skin - an action that allows the melanin to absorb the harmful ultraviolet rays of the sun, and thus protect the skin against photoaging and potential skin cancers.

Vitiligo is a disorder that occurs in approximately one to two percent of people worldwide, and results in a death or disappearance of the pigment-producing melanocytes. In the absence of these cells, "white" patches on the skin can be seen and these can, without treatment, become progressively bigger. These patches usually start on sun-exposed areas, such as the hands, feet and face.

Vitiligo is not contagious and does not start from any viral or bacterial infection.

Interestingly, it can occur symmetrically on both sides of the body, or only on one side. One characteristic of Michael Jackson was indeed the appearance of his white glove on one hand - possibly as a cover-up of the start of his vitiligo patches. The other peculiarity about Jackson was his constant covering up of his body in the later years of life.

In the absence of therapy, vitiligo may spread and eventually depigment approximately 70% to 80% of the body. At this stage, to avoid psychological and emotional stress, patients are offered the option of depigmenting the rest of their bodies - one that Jackson obviously accepted.

Pitifully, Jackson was not only affected by the skin disorder, but due to numerous other pressures, eventually succumbed to cosmetic surgery and a high-pressured, stressful existence. Ironically, dealing with a skin disorder such as vitiligo has led people to become stronger and rise to their challenges in the everyday world.

Sadly, when he could well have been an international icon for vitiligo sufferers the world over, Jackson chose to hide for years and indeed, now, forever.