Crucial balance between progress and responsibility 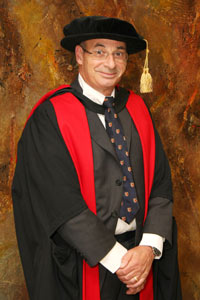 In the 21st century, the place and value of modern biotechnology runs alongside a crucial debate on the risks attached to and ownership of advances in the field, Professor Julian Kinderlerer said in his inaugural lecture, Globalisation, Intellectual Property and Biotechnology on 13 May.

"We are able to manipulate genes to create new organisms within organisms without a full understanding of the impact of our manipulations on the organisms or on the environment in which we place them," he said.

But within these developments lay unknowns that could cause untold harm to established systems, people, and the environment.

"Issues of what risks are acceptable, and in what circumstances and by whom they should be taken, run throughout the debate about the place and value of modern biotechnology."

In the 21st century, patenting activity had also shifted from industrial knowledge to 'basic knowledge' so that many new fields had become patentable. And although there had been an "incredible" rise in patenting and intellectual property (IP) rights worldwide in the past 50 years, South Africa and the developing nations lagged alarmingly. South Africa's patent record had remained relatively static since 1985.

And while globalisation had fuelled technological change, it was without a commensurate understanding of this change.

"While we use knowledge of biology to produce new products inconceivable only decades ago, we do not have a full understanding of the science that lies behind our new products."

Kinderlerer said the challenge is to make sense of the change and to understand and make the right decisions for the future.

"We need to ask whether the system, as it has evolved, is providing society with the incentive to innovate rather than simply providing investors and their companies with financial gain and a 'currency' with which to trade across national borders."

Kinderlerer was unconvinced that intellectual property in a "pro-patent era" would benefit rich and poor.

"It remains to be seen whether a single IP regime can solve the problems of competing demands from the developing and developed worlds, the rights of companies against the rights of society, the march of technology versus concern for the rights of humanity."

Though he agreed that biotechnology could address some of the world's problems, a social contract should be drawn up between "scientists who are able to innovate, the companies who control the intellectual property and the people who may benefit".

"Benefits must be clear, risks must be enunciated and people given the opportunity to balance the risks to the benefits."