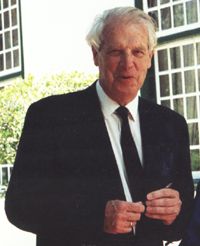 Professor Claus von Holt, the head of biochemistry at UCT from 1968 to 1991, has died in Valdivia, Chile. A firm believer in integrated team work, Von Holt and his group, the Molecular Biology Research Unit, became internationally renowned for their structural studies of histone proteins in the cell nucleus.

In his teaching, Von Holt emphasised the understanding of fundamental principles, a philosophy that generated a number of top students, many now in leading positions worldwide. In an effort to strengthen the competitive element in research, Von Holt and former Dean of Science Jack de Wet convinced Reinhard Arndt of the Foundation for Research Development (now the National Research Foundation) to introduce a rating system and long-term support for established researchers.

This piece of science policy propelled UCT to the forefront of research productivity in South Africa. Von Holt's towering output on histone structures was based on methodology developed by his first PhD student, Wolf Brandt, now a professor in the Department of Molecular and Cellular Biology. The department extends its condolences Von Holt's wife, Margot. Von Holt was 83. 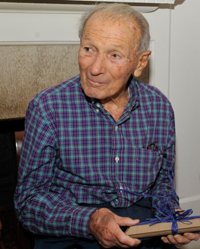 These foundations supported a raft of education, health and cultural causes. Through the two foundations, Stempel and wife Brendalyn, a UCT alumna, have donated millions to UCT coffers, including awards to UCT's Upper Campus Project, the CV Starr Scholarship Fund (the couple made a point of visiting with UCT student beneficiaries every year) and the Students' Health and Welfare Centres Organisation.

"We were all continually impressed by the personal passion that Ernie and Brendalyn brought to the celebrations," said Dr Jim McNamara, executive director of the Development and Alumni Department of the Stempels' annual meeting with students. "They inspired the students always to do their very best, and they were shining examples for the young bursars of what can be achieved in life through hard work and perseverance." Stempel was 92.