Three UCT graduates will be showcasing their work in the forthcoming Encounters international documentary film festival.

The festival, which runs in Cape Town at the Nu-Metro complex from 3 to 23 July, will screen films directed by Liz Fish, Tamarin Kaplan and Robyn Rorke.

Urban Cowboy, directed by Fish, tells the inspiring story of former gangster Kendre Allies, who was inspired by working with horses. Today he owns a riding school and 38 horses. 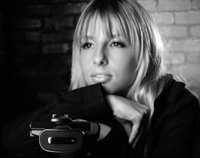 Kaplan's Breaking the Line tackles the controversial issue of racism in rugby. Against the backdrop of apartheid, a handful of white friends joined KWARU, the black Kwazakele Rugby Union, news of which caused alarmed reactions.

In Shamiela's House, Rorke spotlights one Cape Flats woman's experience with a housing scheme. The film takes on the perspective of the community as Shamiela navigates the corruption and mismanagement that has caused so much emotional trauma to some of the city's most vulnerable citizens.