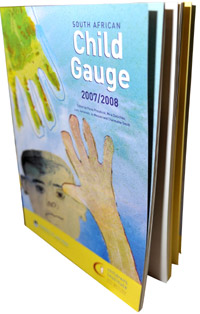 The Gauge contains a series of essays, including an overview of the current situation, and describes how the new act offers hope to resolve the current crisis in providing social services to children.

Historical inequalities in investments in infrastructure have contributed to poor quality services and persistent backlogs in disadvantaged areas, leaving many children and their families with no support. With the Children's Act, which will most likely come into force next year, the government has made a new commitment to fulfil children's right to social services.

"It is a pioneering step forward," says Paula Proudlock of UCT's Children's Institute. "The act provides the strong legislative foundation that will enable the country to respond adequately to the needs of vulnerable children."

Until now, children's constitutional right to social services has been a neglected and misunderstood right. The Children's Act provides for a new focus on prevention and early intervention services, which will reduce the large number of children in need of costly state protection and alternative care in the long term.

But there are challenges ahead. The Constitution places an obligation on the state to give effect to these rights. To meet its obligation, the state must allocate adequate funds to fulfil these rights. 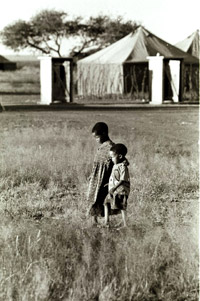 The Gauge includes an analysis, by Proudlock and Debbie Budlender of the Centre for Actuarial Research, of government budgets for social service delivery. They write: "The total amount allocated in the provincial social development budgets for children's social services needs in 2009/10 is R1.7 billion. The costing report commissioned by government in 2006 showed, however, that for the lowest cost scenario, an amount of at least R5 billion is needed in the first year of implementing the Children's Act, growing to R12.5 billion in the sixth year.

"Comparing actual budget with the costing calculations shows that major budget growth is needed to implement the Act. This budget growth is unlikely to happen unless changes are made to the way budget decisions are made and unless the human resources capacity needed to spend the budget is drastically improved."

Using the best available national data, derived from the General Household Survey of Statistics South Africa, the Gauge provides an annual snapshot of South Africa's progress in realising children's constitutional rights, such as their access to socio-economic entitlements, including health care, water, electricity, housing, and education. Data derived from the General Household Survey provides a sober reality check on the slow realisation of children's socio-economic rights.

The South African Child Gauge 2007/2008 is available for download here.