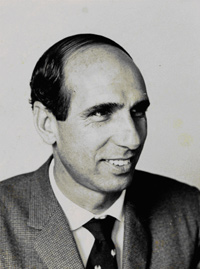 In 1956 a graduate of Witwatersrand Medical School, Jack joined the British Colonial Service in Swaziland. He served as a medical officer in a rural hospital, progressing to chief medical officer in the Swaziland government in 1968. During this period he moved from that of clinician to community health physician having studied public health in London and through World Health Fellowships awarded to study in Norway, Yugoslavia and the Johns Hopkins School of Public Health.

In 1971 he was awarded the Order of the British Empire by Queen Elizabeth II in recognition of his establishment of viable and comprehensive health services in Swaziland.

In 1973 he relocated to London. He worked in the Department of Health and Social Services in Manpower Planning and later, Rehabilitation Services for England and Wales.

In 1976 he emigrated to South Africa and was seconded by the South African Health Department to establish health and welfare services in the Ciskei. During his short tenure he established a remarkable system of clinics and health workers reaching into rural communities. The training of future professionals saw the establishment of Village Health Workers, dental therapists and collaboration with medical schools and specialists who visited and contributed their expertise.

After a short spell with the Department of Health in Pretoria as director of Preventive Services, he was appointed senior specialist/senior Lecturer in the Department of Community Health UCT, responsible for postgraduate training of community specialists. Many of his graduates subsequently became professors of public health in South Africa.

At his inaugural lecture as head of department, he advocated a unified national health service in a democratic South Africa where the patient's interests are paramount. He admired the stand of the University of Cape Town that consistently stood against racial discrimination and unequal opportunity in education and health care inherent in the apartheid system. He believed that community health had a major role to play in bringing about the redistribution of resources from those with plenty to the needy. He was severely sanctioned by the Department of Health for his radical views!

He had the foresight to establish a health economics unit and encouraged research in a wide range of topics that would influence health policy and contribute towards health for all those in South Africa.

Jack was a committed Christian, a man of integrity and compassion. His faith in Almighty God inspired him in all he did. He is survived by his wife Meryl, four children and five grandchildren.