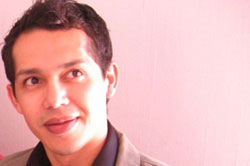 Making good: Happy Endings Are Extra by UCT graduate Ashraf Johaardien will soon go into its second US production.

Happy Endings Are Extra by UCT alumnus Ashraf Johaardien is fast on its way to being produced by more theatres and festivals internationally than it has been produced in South Africa.

Last year, the Artscape New Writing Programme's production of the play directed by Neville Engelbrecht toured to the Dublin International Gay Theatre Festival, where one reviewer described it as 'wittily crafted, breezily allusive and handsomely performed'. And earlier this year, an American production of the play premiered at Diversionary Theatre in San Diego, California.

Now a second US production is underway as the Bailiwick Repertory Theatre kicked off rehearsals last week for a Chicago premiÃ¨re of the play in September. Bailiwick's the Bailiwick Pride Series has been inducted into the City of Chicago's Gay and Lesbian Hall of Fame, and the series has also received the Torch Award from the Human Rights Campaign, the only theatre in the US to be awarded this accolade.

Johaardien's other plays include Coloured Son X, Salaam, Stripped and Miracle. All his works, bar Stripped, have been published, and two more versions of Salaam and Salaam Stories are due for publication in the next few months.

Johaardien is currently putting the finishing touches to his stage adaptation of K Sello Duiker's The Quiet Violence of Dreams for production in 2008.