The Baxter in conversation with David Kramer 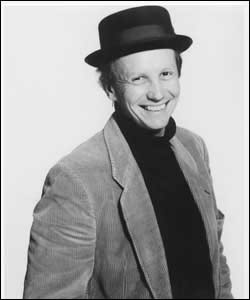 David Kramer will talk about his work, his life and his dreams

The Baxter In Conversation With series continues on at 18h00 with celebrated South African songwriter and director David Kramer.

Baxter resident director Lara Foot Newton will talk to the superstar about his life, his work and his dreams in a 50-minute discussion.

Kramer began his career as a singer/songwriter, performing at folk clubs and campus concerts across South Africa in the early 1980s, singing satirical songs in English and Afrikaans.

He portrayed himself as a rural everyman who travelled the dusty roads of small-town South Africa with an old bicycle and a cheap guitar. When he released his first album in 1980, it was banned in its entirety by the SABC as it was considered too political and vulgar for the local ear.

He was awarded 11 gold and one platinum record for sales of his albums.

His work in South African musical theatre has focused on the communities of the Cape. He has written six musicals with Taliep Petersen and one on his own (Die Ballade van Koos Sas).

District Six, Poison and Kat and the Kings took the Cape to international stages.

Since Kat and the Kings made its international debut in 1999, it went on to be performed in the West End and on Broadway, winning the Olivier Award for Best New Musical in London that same year.

Ghoema, written and directed by Kramer, with musical direction by Petersen, is their most recent collaboration and was nominated for seven Fleur du Cap awards.

In 2001 his Karoo Kitaar Blues showcased eccentric musicians discovered in small towns in the Karoo and was awarded two FNB Vita Awards.

David has also worked with Marc Lottering for a number of years and has directed three of the popular comedian's shows: From the Cape Flats with Love, Big Stakes and Slap Chips and most recently Hallelujah!

Tickets are R10 and seating is limited. Book through Computicket or call the Baxter Theatre Centre on