The essentials of energy security 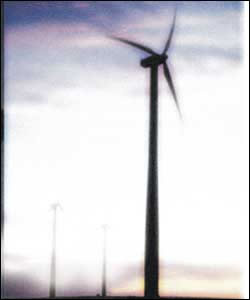 Despite dire predictions of blackouts this winter in the Western Cape (including by this writer), the lights have generally stayed on. By now forecasted electricity demand should have exceeded available supply capacity. In practice it has not. Eskom's electricity recovery plan is clearly making a difference.

Eskom's plan rests on four pillars. First, power has to be restored at the Koeberg nuclear plant, 30 kilometres north of Cape Town. Progress appears to be on track. Unit one has been repaired and is producing power. Unit two is now being refuelled and is scheduled to be back online by the end of July.

Third, Eskom has implemented an unprecedented energy efficiency programme. It has contracted a number of companies to go door-to-door, in mainly low-income housing areas, to replace incandescent light bulbs with more efficient compact fluorescent lights (CFLs). Eskom has air-freighted five million CFLs from China. Already 1.5 million have been installed and Eskom is confident that the remaining stock will be distributed by the end of July.

Eskom has also purchased hot water geyser blankets and is working through energy service companies to distribute these, free-of-charge, to mostly low- and middle-income households. It is also offering to swop-out electricity cookers for gas appliances.

As cold fronts sweep repeatedly across the Western Cape, power consumption rises and the demand/supply balance becomes tighter and tighter. The critical period is between 18h30 and 20h30 in the evening when households switch on lights, cook their evening meals, heat their living spaces and use hot water. Yet actual demand during this period is now remarkably flat. Energy efficiency programmes appear to be working.

Eskom is also targeting commercial, industrial and agricultural enterprises and is offering to pay the full cost of energy-saving investments. Although there is a relatively high transaction cost to these interventions, significant savings have been achieved. Eskom is also paying industries to activate self-generation and fuel-switching options rather than taking a supply from Eskom.

The fourth pillar of Eskom's electricity recovery plan thus involves a number of contingency programmes. It is initiating a high-profile media programme, including direct television and radio alerts, which try to persuade electricity consumers to switch off electricity appliances during tight demand/supply periods.

Eskom has also contracted 66MW of emergency diesel-powered generators. The City of Cape Town is running its pumped storage generation units at Steenbras, above Gordon's Bay, and its Roggebaai gas turbines, at the Waterfront, during peak periods.

And finally, Eskom is using incentives to encourage "demand market participation" whereby industries are paid to switch off electricity-using processes briefly during periods of emergency shortages. This programme is probably the most successful of all - yielding more than 100 MW of potential savings to date.

Despite this impressive progress, electricity system operators confirm that the supply/demand situation in the Western Cape (indeed also on the national power grid) is extremely tight. Brief outages remain a possibility.

A number of lessons can be learned from these emergency programmes. First, and perhaps this is obvious, emergency measures to restore electricity security are very, very expensive. Hundreds of millions are being spent on the programmes described above. Payments for self-generation, demand market participation, and emergency generation are five to ten times more expensive than Eskom's standard generation costs and full subsidies for CFLs, geyser blankets, fuel switching and industrial energy efficiency investments are almost certainly unsustainable. Electricity consumers, as a whole, are ultimately paying for these programmes through higher Eskom costs and tariffs.

While these expenditures may be justified in the short term (as power outages can be even more costly to the economy) attention has to shift to more sustainable and cost-effective programmes in the future.

Clearly South Africa needs to improve the efficacy of electricity supply planning and investments, but we also need to develop sustainable demand-side management programmes. Many energy efficient technologies are close to commercial viability - but various market barriers prevent more widespread application. For example, on a life-cycle cost-basis, CFLs are more cost-effective than ordinary incandescent lamps: while they cost more initially, they last longer and use less electricity. But consumers are reluctant to pay higher initial purchase costs.

Market barriers need to be tackled systematically. First, there needs to be an enabling policy and regulatory environment that facilitates energy efficiency programmes. Second and third, appropriate finance and business models need to be in place. Fourth, consumers need adequate information. And fifth, the requisite technology and capacity to deliver needs to be in place.

Government could establish energy efficiency standards, testing, certification and labelling systems. The electricity regulator could require electricity distributors to achieve energy conservation targets and could regulate the use of system benefit charges to fund initial efficiency programmes. Banks could be encouraged, through partial risk guarantees, to develop dedicated financial products and instruments to fund energy efficiency businesses and programmes. Or utilities could finance approved customer energy efficiency investments through repayments on electricity bills.

Energy service companies could be established to assist utilities in reaching consumers and offering specialised energy efficiency products and services. Government, utilities and companies could run information campaigns. And there could be special support programmes for technology and skills development.

Eskom will hopefully learn the lessons from the earlier blackouts by improving its planning, operations and maintenance systems. An additional lesson for South Africa is the need to launch systematic market transformation initiatives in a range of niche energy efficiency market segments.

* Anton Eberhard is a professor at the Graduate School of Business at the University of Cape Town.