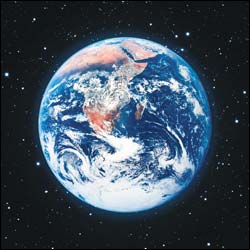 While global protected area networks have increased over the past decade, the extent to which these protect biodiversity is not yet fully known. So says a team of international authors, including Professor Les Underhill, director of the Avian Demography Unit, who have published a paper on the topic in the prestigious Nature journal.

At last year's Fifth World Parks Congress in Durban, delegates learnt that the global network of protected areas now constitutes 11.5% of the world's landmass, an increase of 1.5% over the target proposed 10 years ago at the Caracas congress.

The authors believe that such uniform targets, based on percentage of area, have "become deeply embedded into national and international conservation planning". However, they question their efficacy in protecting biomes, suggesting they are also a poor indicator of additional conservation needs.

In the paper (Nature Vol 428, April 8, 2004) the authors combined five global data sets on the distribution of species and protected areas to provide the first global analysis assessing just how effective these "sanctuaries" are in representing species diversity.

"We show that the global network is far from complete, and demonstrates the inadequacy of uniform - that is 'one size fits all' - conservation targets."

They add: "Many such networks are skewed towards particular ecosystems, often those that are less economically valuable, leaving others inadequately protected."

According to the paper, gap analyses at regional scales show that the coverage of biodiversity by existing networks of protected areas is inadequate. They also distinguished between "covered species" and "gap species" (they identified 1 424 of the latter, 12% of all species analysed). "Protected areas may not retain all of their species if they are too small to maintain viability."

These results have implications on world conservation planning strategies as they show that the percentage of area already protected in any given country or biome is a very poor indicator of additional conservation needs. The regions with greatest need for expansion are not necessarily those with a lower percentage of their area protected. Rather, they are typically those with greater levels of endemism.

The writers also argue that global conservation strategies based on the recommendation that 10% (or similar targets) of each country or biome be protected will be ineffective because they do not take into account the fact that biodiversity is unevenly distributed across the planet.

They also maintain that the current global network could perform better in terms of species coverage, for example, a network biased towards the tropics (to match the higher level of endemism) would have fewer gaps species than the current network.

'Given the increasing threats to biodiversity, such expansion should be made strategically, focusing on those regions that would contribute the most to the global system and prioritising, within those, the regions where the urgency for conservation action is greatest."

These strategies should also address the complexity of natural ecosystems, including genetic and phylogenetic diversity, and ecological and evolutionary processes.

The authors were concerned that of the species considered, 12% are not represented in any protected area, despite the "extremely strict" assumptions applied for identifying gap species.

They conclude: "Protected areas are not the only tactic available to conservation planners, but they are highly cost-effective in protecting biodiversity. Advances in data availability and in the science of conservation planning enable us to act strategically in the face of increasing human pressure. Clearly, the task ahead is as urgent as it is challenging, as much biodiversity remains to be protected."