The link between Biko and Ngugi wa Thiong'o 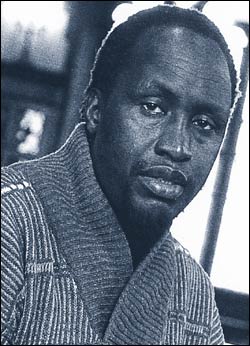 The Steve Biko Memorial Lecture, held on the anniversary of his death last Friday, has become a major event in the South African national calendar. Promoted by the Steve Biko Foundation and hosted by UCT, it has evolved into a model of commemorative and resuscitative collaboration between a university and a civil society organisation, writes Vice-Chancellor Professor Njabulo Ndebele.

This year's Steve Biko Memorial Lecture was strengthened by attracting yet another writer of distinction to deliver it. World-renowned Kenyan writer, Ngugi wa Thiong'o, no stranger to South Africa, visited Cape Town to extend and consolidate a nascent tradition. This year, we should observe, must carry special significance for Ngugi. He visited his country for the first time after many years of exile. This visit confirmed for his many readers around the world the triumphant return of freedom and democracy to Kenya.

It should equally be a matter of note that Ngugi's visit to South Africa immediately followed that of Kenyan President Kibaki, who became the first Kenyan head of state to visit South Africa to strengthen ties between the two countries. While there tends to exist an unpredictable relationship between writers (or artists in general) and their governments, it is permissible that we should draw congruencies where they may not necessarily exist in the minds of the players involved.

But what is the connection between Ngugi and Biko? It is almost certain that Ngugi inspired Biko as he inspired many of Biko's generation. That generation discovered Africa when Mandela, the Black Pimpernel, was seen travelling across the continent in the sixties, meeting such leaders as Ben Bella and Nasser. The anti-colonial struggle was well underway. It saw the anti-colonial flourishing of African literature: Soyinka, Achebe, Okara, Mazrui, Ekwensi, Mphahlele, La Guma, and Ngugi.

The debates of the time that flourished in the cultural journal Transition, published in Uganda, covered such topics as: the language of African literature; African identity; anti-colonialism and anti-imperialism; and the nature and form of the African novel.

In the United States, Mohammed Ali, Eldridge Cleaver, Malcom X, Stokely Carmichael, and others spoke the language of black self-pride, self-assertion, and self-determination.

In South Africa Steve Biko, Barney Pityana, Mamphela Ramphele, and countless others articulated that same spirit in a parallel and complementary fashion. It was a simultaneous process of mutual influence in which black people around the world responded to common patterns of white oppression of black people.

Ngugi inspired his many readers through his artistic exploration of class and racial oppression in Africa. His artistic vision found resonance in many young Africans of the time: including Biko.

The central relevance of Ngugi, and other African writers such as Achebe, Soyinka, and Ayi Kwei Armah, is that they saw the promise of independence and witnessed the onset of disappointment and betrayal so early in the African project for reconstruction and resuscitation. They showed both the value and pitfalls of the politics of racial pride. An over-emphasis on race may leave inherited structures or power and domination in tact. Black people, caught in enabling, inherited structures of domination, may oppress as much as the white colonialist. These writers sought to extend the meaning of freedom beyond racial solidarity.

They remind us that the nomenclature of "black this", and "black that" in a post-apartheid South Africa, in which black people are in the majority and in power, is fraught with both opportunity and danger. It could be an expression of persistent psychological vulnerability rather than strength. A freed population in power should not depend on the definitions of colour coding to identify and assert itself. It should single-mindedly focus on a far-reaching restructuring of society in which the majoritarian character of blackness is assumed and promoted without being glorified in such terms as "black empowerment", but that if we should resort to such terms it should be on the basis of a tight time frame, after which they can be purposefully abandoned. Otherwise we will have black people in power behaving no differently from white people in the same structures of social organisation.

In simple terms: to seek to be free on the basis of blackness is to affirm the basis on which black people were oppressed. It is a condition that nurtures opportunism and entitlement rather than innovation and self-determination.

Seen in this light, the combination of Ngugi and Biko brings together identity and praxis.

(*This is an edited version of a piece originally published in the Sunday Times.)