With the Fourth Industrial Revolution (4IR) in full swing, it’s crucial for Africa to claim its place as not only an equal partner and contributor, but also as a leader in the fields of science, technology, engineering and mathematics (STEM), as well as the arts.

Taking place on 9 and 10 June 2021, the symposium aimed to provide a platform for a two-way dialogue and exchange of ideas between Harvard and its Africa-based affiliates and partners in STEM.

The two-day event featured presentations by inaugural awardees of the Motsepe Presidential Research Accelerator Fund for Africa at Harvard University and their Africa-based research partners.

Dr Moloi-Motsepe – who is also the co-founder of the Motsepe Foundation, along with her husband, Patrice – delivered the keynote address on the first day of the symposium. In just over 20 minutes, she covered an impressive range of important topics and left attendees with much to mull over.

She started her address by conjuring up the vivid image of an ‘equipment graveyard’, where expensive medical devices in perfect working condition are left to perish. This was an image used by UCT’s late Professor Tania Douglas in a TED Talk about designing better technology by considering the context in which it would be used.

As Moloi-Motsepe explained, this equipment often goes unused because it has not been designed for local conditions. Often, these devices are difficult to operate, maintain and repair in a rural African context, where electricity supply is not always reliable and relevant technical expertise is not readily available.

“It is important for Africa to collaborate and work in partnership with leading global innovators to reduce its reliance on imported innovation.”

Once again citing Douglas’ work as the founder of the African Biomedical Engineering Consortium, Moloi-Motsepe highlighted the importance of tapping into the knowledge already available on the continent.

“In order to promote much-needed collaboration and knowledge-sharing to benefit Africa and other developing nations, it is important for Africa to collaborate and work in partnership with leading global innovators to reduce its reliance on imported innovation,” she said.

The UCT chancellor added that it is inspiring to see cross-country and cross-continental collaborations, like the one Harvard’s CAS is promoting.

High-level research collaboration and knowledge-sharing does, of course, require a sound foundation of quality primary, secondary and tertiary education across the continent.

“STEM education is increasingly recognised as a driver of economic performance, which is essential in helping developing countries compete in the global market, create jobs and create lives and livelihoods,” Moloi-Motsepe pointed out.

Despite this, many young people in Africa are slipping through the cracks of education systems that are simply not up to scratch.

“In this knowledgeable society, it will be the norm that no child misses school due to poverty.”

Moloi-Motsepe revealed that almost 60% of Africa’s youth between the ages of 15 and 17 are not enrolled in school, while less than 4% of people across Africa have a university degree. Furthermore, among currently enrolled students, less than 25% are pursuing STEM qualifications.

“The African Union estimates that 70 000 skilled professionals emigrate from Africa every year to pursue economic opportunities in Europe and America,” she said.

“Increased promotion of STEM and the available opportunities in the labour market can create necessary working opportunities that can fulfil the aspiration of Africa’s growing population.”

Responding to these damning statistics, the African Union (AU) has prioritised education, particularly education underpinned by science, technology and innovation in its Agenda 2063.

“The AU aspires that by 2063 Africa will be a continent of well-educated and skilled citizens,” said Moloi-Motsepe. “In this knowledgeable society, it will be the norm that no child misses school due to poverty.”

One of the measures implemented to support this is the requirement that all AU member-states spend at least 1% of their gross domestic product on research and development that will enhance STEM innovation.

In addition to being an advocate for STEM research and education, Moloi-Motsepe is also passionate about the power of arts and humanities, and believes in breaking down the silos between these academic fields.

“To equip Africa’s youth with skills that suit the future of work and skills that relate to Africa’s need for development and innovation, the interaction between STEM subjects and the humanities needs to be recognised as critical for navigating the Fourth Industrial Revolution,” she said.

“The interaction between STEM subjects and the humanities needs to be recognised as critical for navigating the Fourth Industrial Revolution.”

She added that this is being manifested by the rise of STEAM – science, technology, engineering, the arts and mathematics – at universities globally to match the growing demand for arts and humanities skills in navigating the advent of disruptive technologies.

Unfortunately, the higher education sector in Africa has received a lot of criticism for its emphasis on the arts, humanities and social sciences.

“But these sectors are helping to restore Africans’ identities after centuries of pressure to assimilate into colonial patterns,” said Moloi-Motsepe.

“Through innovation, there is tremendous opportunity for Africa to scale the knowledge that has been gleaned over the past years of healing and reconciliation. Africa has knowledge to share with the world, as movements including #BlackLivesMatter aim to reconfigure the social fabric of the Global North.”

Moloi-Motsepe concluded her address by thanking the CAS researchers and collaborators for working towards developing Africa and increasing Africa’s global contribution.

“You are also inspiring a generation of African youth who are looking to bring positive change to their own lives and their communities,” she said. 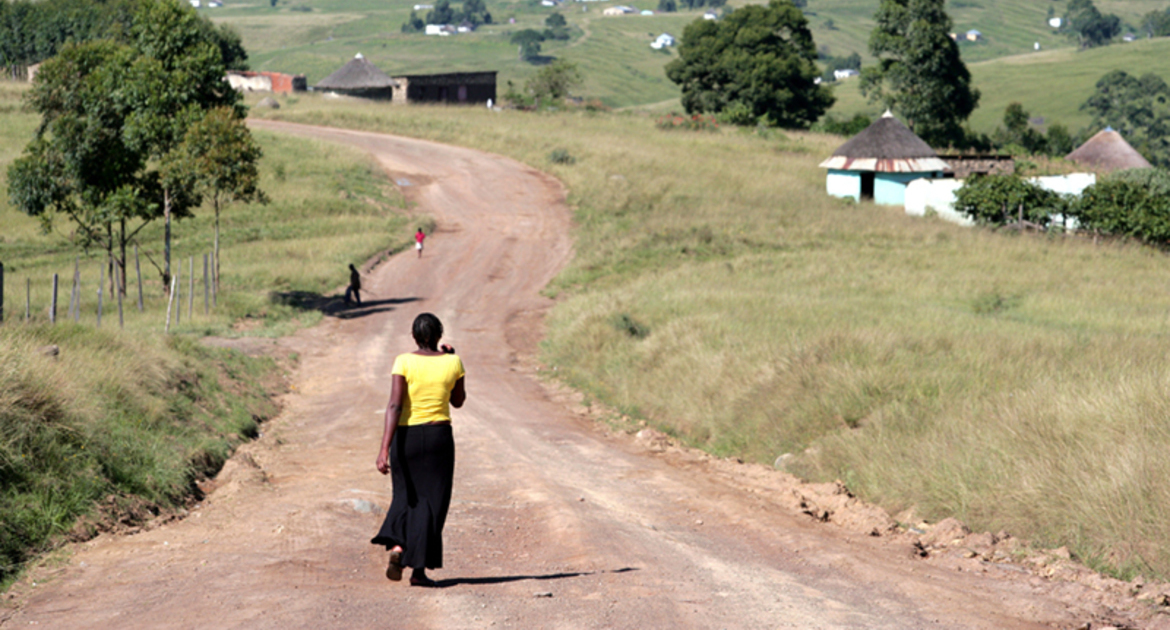 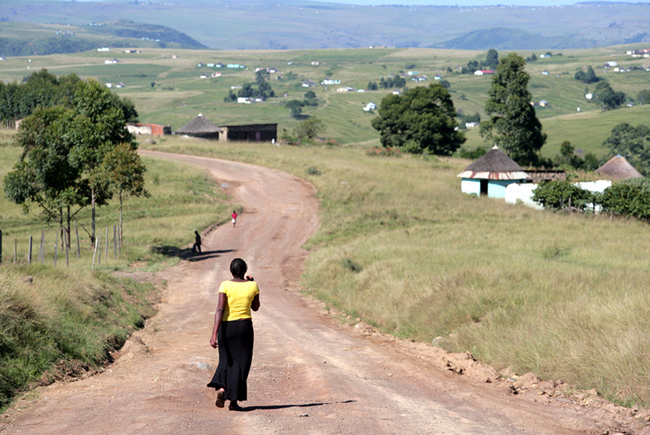 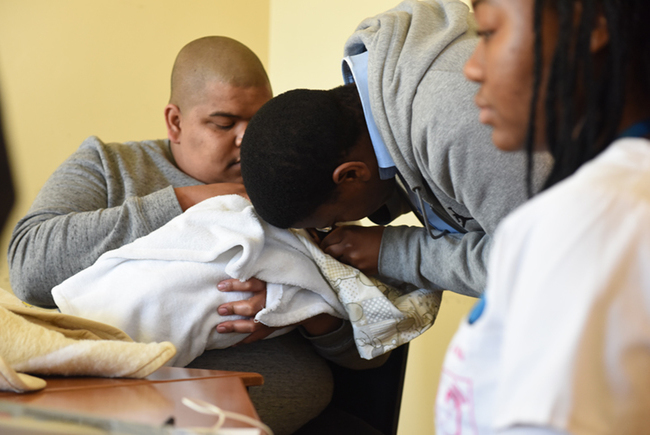 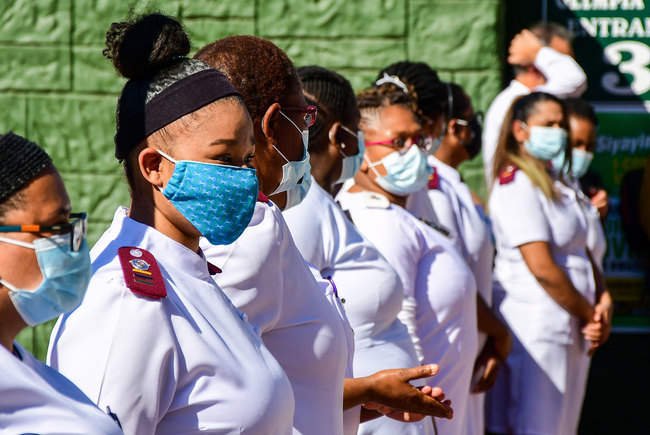 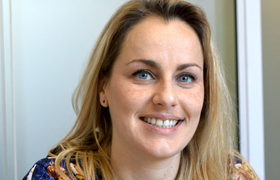 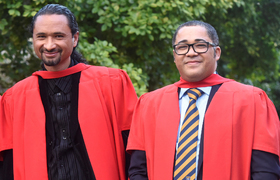 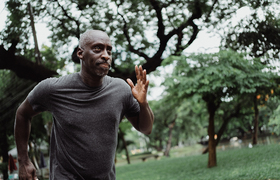 Women’s Month: Building a better and more equitable world To combat inequality, the director of the UCT Law Clinic, Yellavarne Moodley, champions the provision of no-cost access to justice for members of under-served communities. 18 Aug 2021

Women’s Month: Nolundi Luwaya focuses on rural women to drive land reform Nolundi Luwaya is the director of the Land and Accountability Research Centre at UCT, which played a significant part in the Ingonyama Trust case. 17 Aug 2021