Who can forget Cape Town’s record-breaking, once-in-a-century drought? Dam levels were at an all-time low, and that ominous phrase “Day Zero” dominated the news agenda both locally and abroad. Associate Professor Gina Ziervogel, a University of Cape Town (UCT) geographer and climate change adaption expert, was part of a multi-disciplinary team who raced to find solutions for the region’s water crisis.

Based in the Department of Environmental and Geographical Science in the Faculty of Science, Associate Professor Ziervogel was appointed to the City of Cape Town’s Water Resilience Advisory Committee in 2017 to provide expert input on the City’s drought plans. Since then, she has not looked back. Her work on urban water resilience and social justice sheds much-needed light on the manner in which the City handled the region’s drought, and how a metropole should better engage with residents around water issues. In recognition of this work and her ongoing efforts towards achieving social justice in her discipline, UCT has presented Ziervogel with the 2020 Social Responsiveness Award.

“I have sometimes wondered about my place in academia. But over the past few years I feel I have really been valued as an academic [who] engages in socially responsive work.”

“This award is very special to me. I have sometimes wondered about my place in academia. But over the past few years I feel I have really been valued as an academic [who] engages in socially responsive work,” she said.

Ziervogel’s appointment to the City’s Water Resilience Advisory Committee at the onset of the drought was fitting. She had just received a substantial grant from the AXA Research Fund – a scientific philanthropic initiative committed to supporting science and contributing to societal progress. Her mandate was to focus on urban resilience and governance in the context of water and social justice in Cape Town. This work set a firm foundation for what was to come.

Her research argued that to build environmental sustainability, residents need to develop an understanding of social and governance issues, as much as environmental and technical issues.  The objective of her research was to understand the scale of drought governance at city level, the challenges with access to water at community level, and to facilitate ongoing dialogue between residents and City officials on how to work together to address the problem.

“This is particularly important in the context of inequality where the voices of society’s marginalised are insufficiently heard. Yet, these voices are critical to ensure sustainability,” Ziervogel said.

In 2018 and 2019, Ziervogel also contributed to the National Treasury’s City Support Programme, and provided input on several urban climate change research questions. At the time, she worked closely with city officials and produced a report that highlighted lessons on Cape Town’s drought. The report was shared broadly with other South African municipalities and researchers interested in the topic.

“I noticed that [city] officials and other researchers shared my work widely. I think they felt it captured important aspects of the drought that were not easily accessible elsewhere,” she said.

Several crucial gaps emerged during her research process. Limited public engagement in regard to the city’s water challenges, and the exclusion of various social perspectives were two areas where the City fell short in the lead-up to and during the drought.

But she didn’t just leave it there. She approached the Environmental Monitoring Group, a local non-governmental organisation dedicated to advancing environmental justice, and social movement Western Cape Water Caucus, to help her obtain answers to difficult questions at community level. The team developed an action learning project that delved into key issues around water access and sanitation services in low-income areas in the Western Cape.

They embarked on a trans-disciplinary research process and used SenseMaker – a software application that collects pictures, video clips and text – to collect stories from residents about access to water. Water Caucus members canvassed neighbourhoods for input.

At the end of the project, the team presented their findings to city officials, and the first engagement session for a way forward was planned for the end of March 2020. But this did not take place due to the COVID-19 pandemic.

Despite having a dozen things on the go, Ziervogel put her research to further use and worked with science writer Leonie Joubert to write a book, Day Zero: One city’s response to a record-breaking drought. She wanted Capetonians, other interested South Africans and people from around the world to understand the Mother City’s devastating drought and to learn from it. The book is available online for free.

“I felt strongly that citizens needed to understand urban governance to hold government accountable and to understand their role in building water resilience.”

“So much of what happened during the drought was not public knowledge. I felt strongly that citizens needed to understand urban governance to hold government accountable and to understand their role in building water resilience,” she said.

Linked to the book, the duo worked with designer Lynne Stuart to produce a short video that has already been used in multiple teaching environments in South Africa and abroad. The book has also been used by several high schools in the country.

“This work contributed to social justice in that it enables citizens to have access to the information they need to take action.”

Winning the Social Responsiveness Award is a “wonderful and moving” recognition of her work in this field. And to further support and enforce social responsiveness in academia, Ziervogel also created a competition aimed at UCT students. Part of the requirement criteria was that they submit their ideas on how they’d use their winnings to make their research accessible to those outside academia. The competition necessitated that the students’ research topics be related to the environment and social justice. Ziervogel donated her award winnings as the prize.

“It has been a pleasure to share it both through academic and public engagements.”

The winning entries, presented by master’s student Fatima Mohamed and PhD candidate Jessica Lavelle ticked all the right boxes. Mohamed’s research focuses on using biofiltration cells to treat contaminated water downstream from an informal settlement. Her goal is to transform the water to an acceptable level to irrigate edible crops. Lavelle’s research examined devil’s claw – a high-value medicinal plant wild harvested in rural areas in northern Namibia, and predominantly exported to Europe. She plans to produce a video in partnership with the harvesters to bolster their voices around their perspectives on harvesting the plant, and to touch on their exclusion in the decision-making process.

“I am so excited for Fatima and Jessica. Now they will get a chance to share their interesting and important research through engaging means, and they will help students think about what it means to share their research beyond academia,” Ziervogel said.

Her third year and postgraduate Environmental and Geographical Science students continue to benefit from her research, which has been integrated into her teaching model. And so do colleagues and students in India and the United States, who use her research in their respective academic programmes. Her work has also been shared at several local and international events.

“There is great interest in this work, and it has been a pleasure to share it both through academic and public engagement channels,” she said. 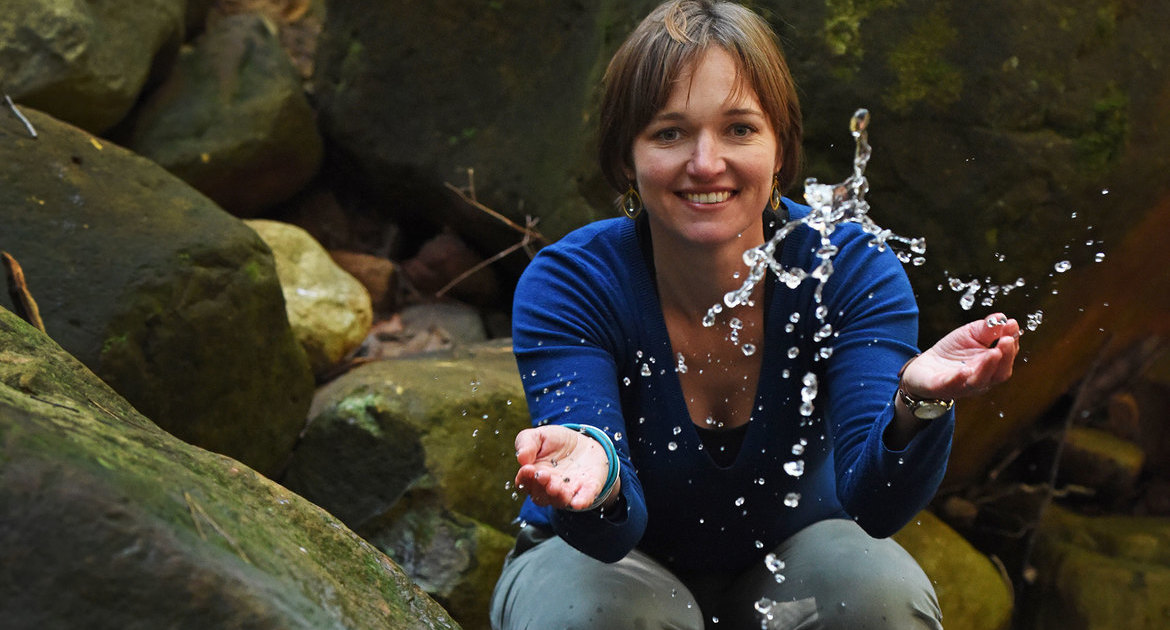 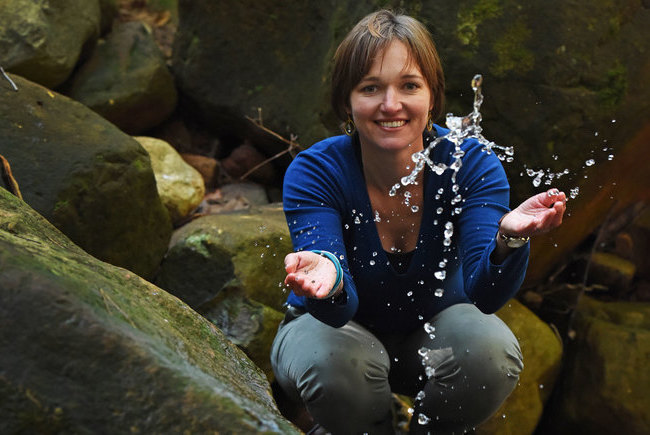