The over-60s: Economic and social power that can’t be ignored

They cannot be ignored: a group whose growing numbers, economic clout and influence must be factored into building healthy societies. This is the world’s over-60s, set to almost double from 12% to 22% by 2050. That’s 2.1 billion elders globally. And 80%, or 1.6 billion people, will be living in low- to middle-income countries. It’s time to re-examine how we think about older people, said the University of Cape Town’s (UCT) Dr Leon Geffen.

“On top of that explosion, we’re going to see massive increases in diseases affecting older people in the next two to three decades and we must focus on how we are going to deal with that,” said Dr Geffen.

Geffen has just been named among the #HealthyAgeing 50, which celebrates 50 “inspirational champions transforming the world to be a better place to grow older”. The initiative is part of the United Nations’ Decade of Healthy   (2021–2031).

“I am humbled and honoured,” Geffen said in an interview with UCT News. The inclusion recognises his lifelong efforts to better understand and guide healthcare system and civil society organisations to support the over-60s.

In the country’s health framework, older people fall into the ‘non-communicable diseases’ category. That alarms him.

“Ageing is not a non-communicable disease; it’s a stage of life and we must recognise the people at this stage have needs. And we must provide resources and services that will focus on that,” said the UCT alumnus and honorary senior lecturer at the Albertina and Walter Sisulu Institute of Ageing in UCT’s Faculty of Health Sciences.

Geffen is also the founder and director of the Samson Institute for Ageing Research, funded by the Eric and Sheila Samson Foundation. Launched in 2016, the institute generates awareness of and evidence-based research on the health, well-being, and social needs of older people.

“The institute is a place for debate and discussion and we work locally and globally, for example, with the World Health Organization,” he said.

Geffen graduated with an MBChB in 1987 and has spent 30 years in family medicine at a research practice in Sea Point. He has devoted his professional life to the art of healthy ageing and as an advocate for older people. His mentor, the inspirational Dr Maurice Silbert, was instrumental in establishing UCT’s Department of Family Medicine and General Practice.

A place in the sun

“The forecast for South Africa is that the over-60 group is set to grow to 13 million in the next 20 years.”

“We are facing the same demographic shift in Africa. The forecast for South Africa is that the over-60 group is set to grow to 13 million in the next 20 years.”

But the needs of older persons in Africa and South Africa are very neglected and we need a greater focus on research and resources to understand their needs, said Geffen.

An advocate for elders, he is a feisty defender of their rights and value to society.

In conversation, the first notion he quickly dispatches is the stereotype of ageing people as a drain on communities, to be corralled into care facilities and retirement complexes, forgotten in the recesses of cramped, shared homes, or consigned to the margins in informal settlements.

Healthy societies are places where all are equal and have contributions to make. Society quickly forgets about the contribution older people have made in so many aspects of life, Geffen noted.

“Look at South Africa, where caregiving is such an important aspect. We’re living in skipped generation societies. Enormous numbers of people have died of HIV/AIDS in this country and the grandparents have ended up looking after and supporting the grandchildren.”

One of the UN Decade of Healthy Ageing goals is to combat ageism; the stereotypes the prejudice manifest in how the world often views older people: as a drain on resources and a nuisance factor; a generation responsible for climate change.

“We live in a blame culture,” said Geffen. “In the case of climate change, it’s not only the current older generation, but also every generation that came before that.”

We are also slow in remembering the sacrifices the older generation made, he added.

“If it wasn’t for the generation that came before, who struggled and fought for a free South Africa, we wouldn’t be living in a democracy.”

As for older people being a drain on the economy and health resources, Geffen quickly turns that around.

“Do we ask that question of diabetics, or smokers, or pregnant women, or children who may get pneumonia, tuberculosis, or HIV?”

The third notion he quashes is that traditional societies, whether in African or Mediterranean countries, care better for their elders, revere them and place them at the centre of family life. Not so, he said. It’s less about culture in these societies than class. And here Geffen is referring to disposable income.

The rising middle class is increasingly ‘outsourcing’ that role to carers and institutions to free up economically active members of the family.

“I don’t think we revere our elders. We pay lip service to the notion.”

“And the wealthier you are, the more upwardly mobile you become and the less you want to take care of your older parent.”

The notion of the African model is a falsehood and allows us to gloss over the real problems older people face in our society, he added.

“I don’t think we revere our elders. We pay lip service to the notion.”

The carer scenario is also one where sexism creeps in. The carers tending elderly parents, grandparents, aunts or uncles at home are almost always women.

“That’s your role in our traditional society. And that denies women the opportunities to go out and work or educate themselves. And that’s prejudicial against women who are denied rights and opportunities.”

In socio-economically poorer communities, the reality bites even harder. Elders are subject to sexual and gender-based violence, robbed by their families of life savings, pensions and social grants. And they live in dangerous conditions, often without electricity, relying on pit latrines or public toilets in the dark, making them easy targets of crime.

It’s this sector that Geffen has devoted years to supporting. In 2013 he was one of the founders of AgeWell, a community-based peer support programme that involves training peer supporters to visit older persons in their homes. The aim is to reduce isolation, improve social support, identify health and social needs, and generate a sense of community.

The impact of the programme is supported by the evidence, he said. Studies show that participants felt concrete improvements in terms of health and well-being.

Contributors to the economy

Additionally, there is a massive economic benefit to maintaining a healthy older population, Geffen noted.

Global statistics bear this out. Elders in the 38 Organization for Economic Co-operation and Development countries are the wealthiest group. By 2030, Asia’s over-60 group will be spending US$5 trillion a year.

“Just think of all the benefits to the economy that older persons can contribute, beyond their wisdom, their legacy to society and their value to families – and just making the world a better place.”

Paradoxically, the best contribution the country’s embattled healthcare system can make is to adequately fund primary health. Evidence shows that this investment improves the health of all ages of the population.

“And if elders maintain healthy lifestyles and diets, they are less likely to need state healthcare in their senior years.”

But more research is essential, Geffen said, especially in the face of growing pandemics.

“For example, COVID-19 hit people over 60 hard, even those who were healthy. Elders were seven to 10 times more likely to die. It was simply being older that affected you and increased your chances of dying. But there was little attention paid to this.

And for young researchers looking to make their mark, this is a sector that’s under-studied and under-researched.

“The university must start thinking about training a professional class of people and thinking about older people, from gender studies to advanced health sciences, said Geffen.

“It’s an indictment on our society if we don’t focus more attention and resources into the area of looking after older persons.”

His advice to the over-60s is based on six principles: Stay as healthy as you can, for as long as possible. Stop smoking. Remain active. Stay engaged in the world. Maintain social connections. Wake up with something to do every day. 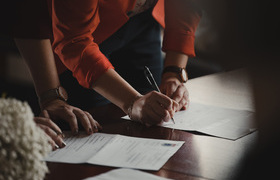 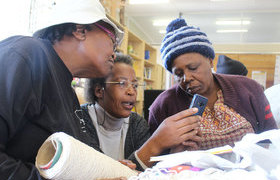 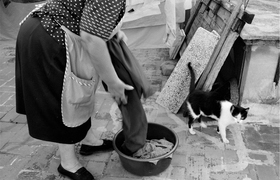