Debunking the myths and stereotypes that have long been associated with depression and suicide is the bedrock to dismantling the stigma, addressing and preventing this global public health emergency and creating hope through action.

This was according to Professor Jackie Hoare, the head of the Division of Consultation-Liaison Psychiatry in the Department of Psychiatry and Mental Health at the University of Cape Town  (UCT) and Groote Schuur Hospital. She shared these and other sobering sentiments ahead of World Suicide Prevention Day on Saturday, 10 September.

Themed “Creating hope through action”, the annual day of observance was introduced by the World Health Organization (WHO) in 2003, in partnership with the International Association for Suicide Prevention. It aims to sensitise the world on suicide and reduce its stigma. Research by the WHO indicated that an estimated 703 000 people die by suicide every year. Alarmingly, it ranks among the top 20 causes of death worldwide and affects all age groups. In 2019 more than 77% of suicide cases occurred in low- to middle-income countries.

“Many of us have friends, family members, colleagues and role models who have contemplated suicide. Yet, [we] struggle to decipher the facts from fiction regarding what they’re going through. The sooner we can understand the truths behind suicide, the sooner we can find ways to help those who need it most,” she said.

Approaching a loved one or friend who may be suicidal is a difficult but necessary task. Professor Hoare’s words of advice: Don’t be afraid to ask someone if they are suicidal. She said a common myth is that asking about suicide will lead to suicide – this could not be further from the truth. She stressed the importance of empathetic communication and creating spaces to connect and care for those affected by depression.

Hoare said individuals who have survived a suicide attempt have so much to teach and share with their communities, which includes a key message: advice is not necessary, being seen and heard matters, and loved ones’ compassion and empathy carried them through very dark times.

“Being there, bearing witness, listening, being empathetic, showing concern and talking about suicide with an individual who may be distressed and suicidal will not cause suicide,” she said. “By offering support you are more likely to reduce the individual’s stress levels. So, check in regularly with the person you are concerned about. Ask them how they’re doing and encourage them to seek help, to talk and to share their stories,” Hoare said.

Hoare shared some sobering facts on depression and suicide. Both know no boundaries, and neither do they discriminate – it affects young and old from varied socio-economic backgrounds across all sectors of society.

“The person contemplating suicide is not always the lonely individual eating lunch in the corner. It could also be the popular guy who’s smiling as he sobs inside, the mother pushing a pram down the street as she smiles down at her baby, or the sportsman playing the game he loves,” she said.

Hoare shared a few common misconceptions on depression and suicide:

“We can’t always tell if people are depressed or suicidal just by looking at them. There are people everywhere just trying to get through the day – however they can – in order to get to the next day. Debunking these misconceptions is necessary to assist them on their road to restored mental health and wellness,” Hoare said.

Regrettably, there’s no one-size-fits-all approach to suicide prevention. However, Hoare added, tackling the stigma associated with mental health illnesses is the first step towards preventing suicide.

“Mental health symptoms and mental health disorders are common illnesses which can improve with the right treatments and interventions,” she said. “However, the stigma around having mental health symptoms or mental disorders, despite the fact that they are such common human experiences, continues to create significant barriers for individuals seeking the care and support that they need, including the lifesaving interventions that could prevent suicidal ideation, suicide attempts or even completed suicide.”

“You could be the light for someone who’s in a very dark place.”

She said World Suicide Prevention Day is an opportunity for all sectors of society, including government, non-profit organisations, those bereaved by suicide and those with lived experiences to join hands and to create some much-needed awareness. And awareness takes many shapes and forms. It includes educational seminars and public lectures, facilitating depression screening programmes and organising memorial walks in honour of those who’ve lost their lives to suicide.

“We can create hope through action. Reach out and make connections, take the risk and ask how the next person is doing. You could be the light for someone who’s in a very dark place,” Hoare said. 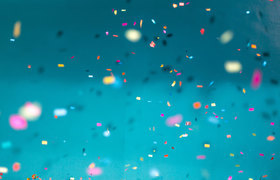