“I don’t think change can happen without disruption,” said Lara Foot, the chief executive and artistic director of the Baxter Theatre Centre. “But somehow, in the theatre, you can disrupt minds and disrupt thinking while bringing about an empathy and an understanding as well.”

Not only has this rock-steady belief in theatre as a powerful driver for change enabled Foot and her team to establish the Baxter Theatre Centre as a truly inclusive home for diverse artists and audiences from across the Western Cape, it has also won them widespread recognition and respect; most recently, in the form of the Vice-Chancellor’s Excellence Award for Transformation.

Earlier this year, University of Cape Town (UCT) Vice-Chancellor Professor Mamokgethi Phakeng called on the university community to nominate “teams or individuals who have gone over and above the line of duty to make a difference in the lives of others through transformative change”.

Awards were made in three categories: global citizenship, service excellence and transformation.

Aligning with UCT’s strategic plan and vision for excellence, transformation and sustainability, the Transformation Award is aimed at recognising and encouraging staff to take an active role in driving institutional culture change.

In announcing Foot and the Baxter Theatre Centre team as the winner of the Transformation Award, Phakeng wrote: “The Baxter Theatre Centre, under the leadership of Lara Foot, has been able to change the traditional landscape of audiences, artists and productions as it continues its commitment to disrupting and transforming in line with UCT’s mission and strategic direction.”

Falling in love with protest theatre

Considering Foot’s involvement with (and passion for) this artform started in the thick of South Africa’s protest theatre era, it’s no surprise that her deeply held desire to bring about social change still underpins the work she does in heading up the Baxter.

Foot first fell in love with theatre at the age of 17, while watching a production of Born in the RSA at the Market Theatre in Johannesburg during the mid-1980s.

“[Theatre is] a form of healing and enlightenment, which no other artform or means of entertainment really inhabits.”

“It was about the apartheid government, conscription, censorship, and just completely enlightened me in terms of where we were living and what was happening in our country,” said Foot.

“So I decided straight away that that’s what I wanted to do. I wasn’t interested in going into entertainment, or stardom. I was inspired by social justice and humanity; driven by the content.”

Since those early days, Foot has held on to the belief that theatre doesn’t only hold a mirror up to society, but also has the ability to chisel away at it.

“[Theatre] is a congregation where people of all cultures, ages and religions can meet to witness and experience something very human together,” she said. “It’s a form of healing and enlightenment, which no other artform or means of entertainment really inhabits.”

Before Foot was appointed CEO of the Baxter Theatre Centre in 2010, she’d been touring London with her award-winning play Karoo Moose. During this time, she and her company started talking about and imagining what theatre should and could be in South Africa.

“We spoke about creating a home for all artists in the Western Cape; and although that was what the Baxter was signalling, it hadn’t quite accomplished it yet,” she said. “Something needed to shift.”

One of the ideas they came up with was to create a theatre festival that included a skills development programme running throughout the year, focusing on artists from communities with limited access to these types of resources. What they envisioned was creating an opportunity for these artists to tell their stories in a professional theatre setting, in such a way that they would feel held and supported.

After her appointment at the Baxter Theatre Centre, Foot got to work on launching the Zabalaza Theatre Festival and Programme, which has been doing just that since 2011.

“We wanted to provide a bridge between community and professional theatre, and really amalgamate the voices of the community into the professional arena – which is what we have done and achieved,” said Foot. “Several of the actors who started with the festival have gone on to be in our major professional productions which have toured the world. So we’ve been very successful.”

Since its inception, more than 500 productions have been showcased during the Zabalaza Theatre Festival, with well over 2 500 artists and theatre makers participating.

Every year, the ‘Best of Zabalaza’ winners’ play scripts are published in partnership with Junkets Publisher. So far, 11 play scripts have been published and are available for purchase at the theatre. They have also been made available to schools and community theatre groups.

Powering through the pandemic

Although the COVID-19 pandemic has brought its fair share of challenges, Foot said that the policy at the Baxter was to continue, as far as possible.

“Every time there was a dip in the waves, we made sure we did a project to keep the energy burning; but more than that, to provide opportunities for actors and artists who were starving at the time,” she said.

In terms of the Zabalaza Theatre Festival, director Mdu Kweyama worked out a way to bring performers to the theatre, one group at a time, for rehearsals.

“What keeps me going is telling stories and supporting young artists.”

“We found a gap in March where the numbers had decreased and we were able to put on all the work that had been developed – some in person at the Baxter, and others over Zoom or Teams – throughout the year,” said Foot.

Four productions were selected from the annual festival held in March 2021 and showcased with mainstream seasons in September. Performed in English, Afrikaans and isiXhosa, they were selected for their powerful and relevant South African themes, and their writing, performances, directing and overall presentation.

There’s no doubt that the past two years have brought unprecedented challenges to theatre makers, yet Foot and her team have kept at it and continue to inspire those who cross their path.

“What keeps me going is telling stories and supporting young artists,” said Foot. “Also, being witness to the miracle of these stories unfolding, the communities that are considering the Baxter as their home, and the audiences who have remained so wonderfully supportive.” 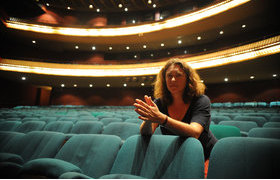 News
Important notice and appeal from The Baxter 08 Jun 2021 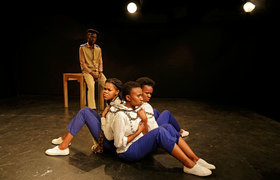 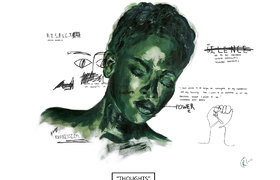